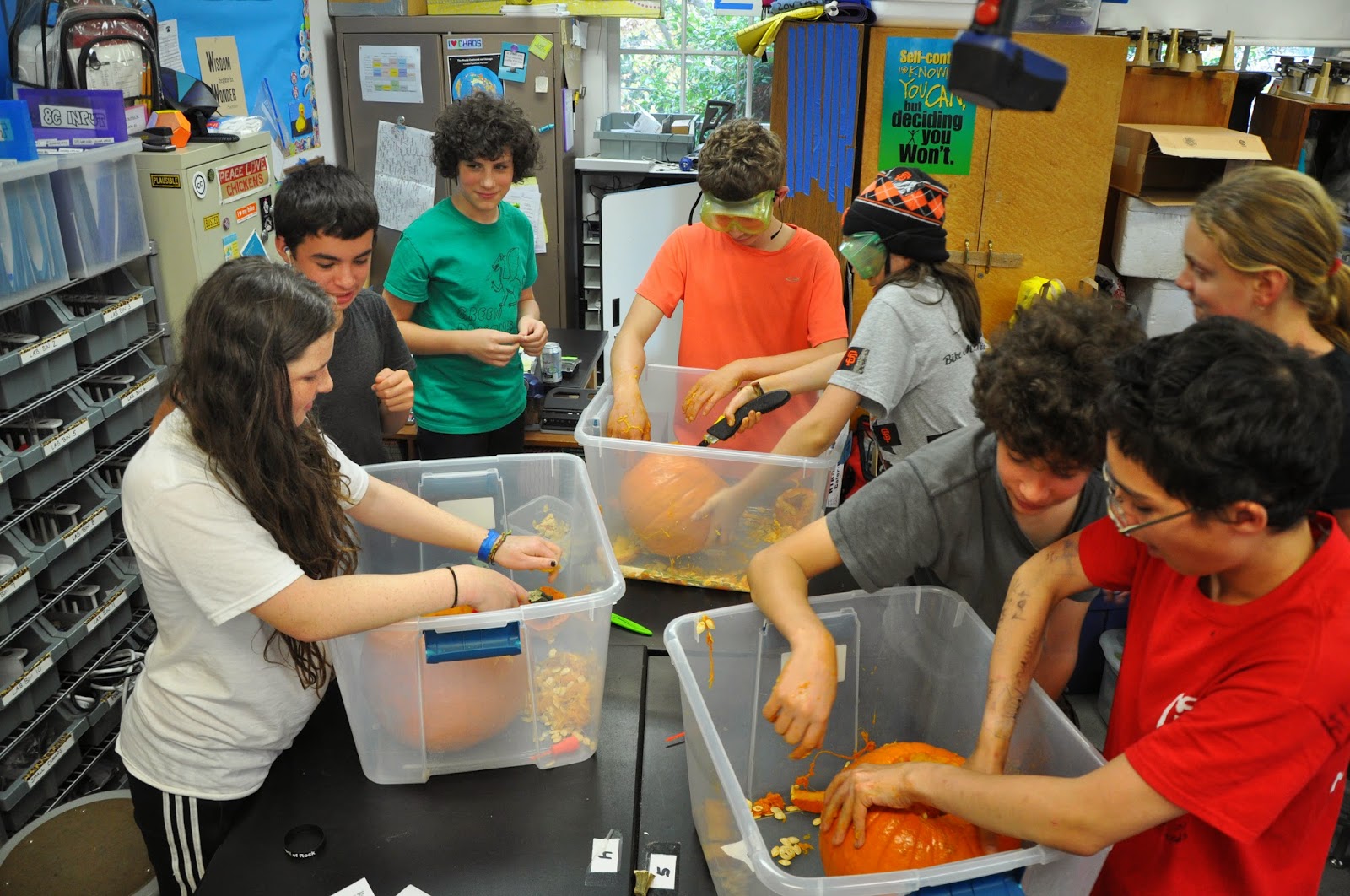 We carved a hand shape into one pumpkin. Lots of wires later, inserting your hand into the carved spot caused the LEDs to light up.The pumpkin artists wanted to display the pumpkin at our school halloween fair. 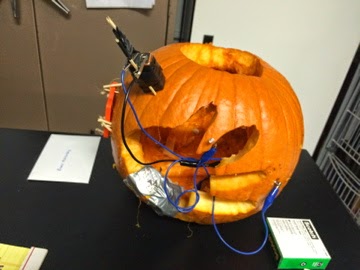 However, when the pumpkin dried out, it ceased to be conductive. Although it was raining on Halloween, because the pumpkin was closed, the inside stayed dry. 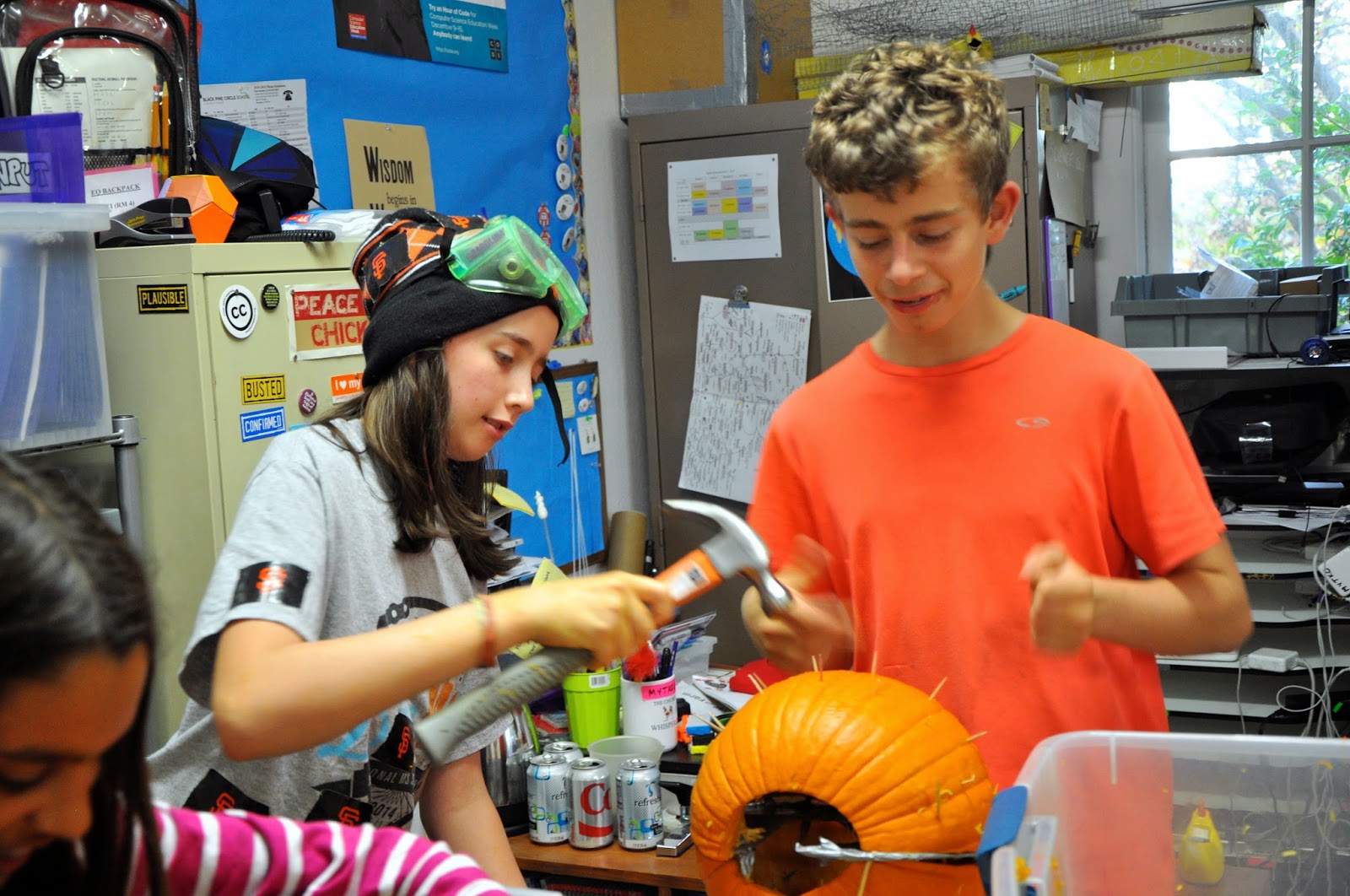 The second pumpkin team was trying to see what they could do with LEDs and a pumpkin.  They quickly sawed it in half and hooked up batteries and foil.  Knowing that it was conductive, they wanted to add a layer of insulating cardboard.  After adding batteries and LEDs and cardboard, there remained the daunting task of stitching the pumpkin together. I'm not sure exactly how this happened, but it involved twine and skewers.  But the resulting effect was kind of cool.

Ever since we got it a year ago, we have been fighting with our 3Doodler, a glue-gun like pen that allows you to "draw" in 3D by extruding plastic like a 3D printer does. To be fair, most of our problems stem from our use of a cheaper filament instead of buying it from WobbleWorks, the makers of the 3Doodler.  We are a maker club though. What do they expect? After all, our unofficial motto is "It still works..." (said in an indignant tone of voice).

[Teacher note: Or, maybe it's always broken because they are energetic middle school kids...] 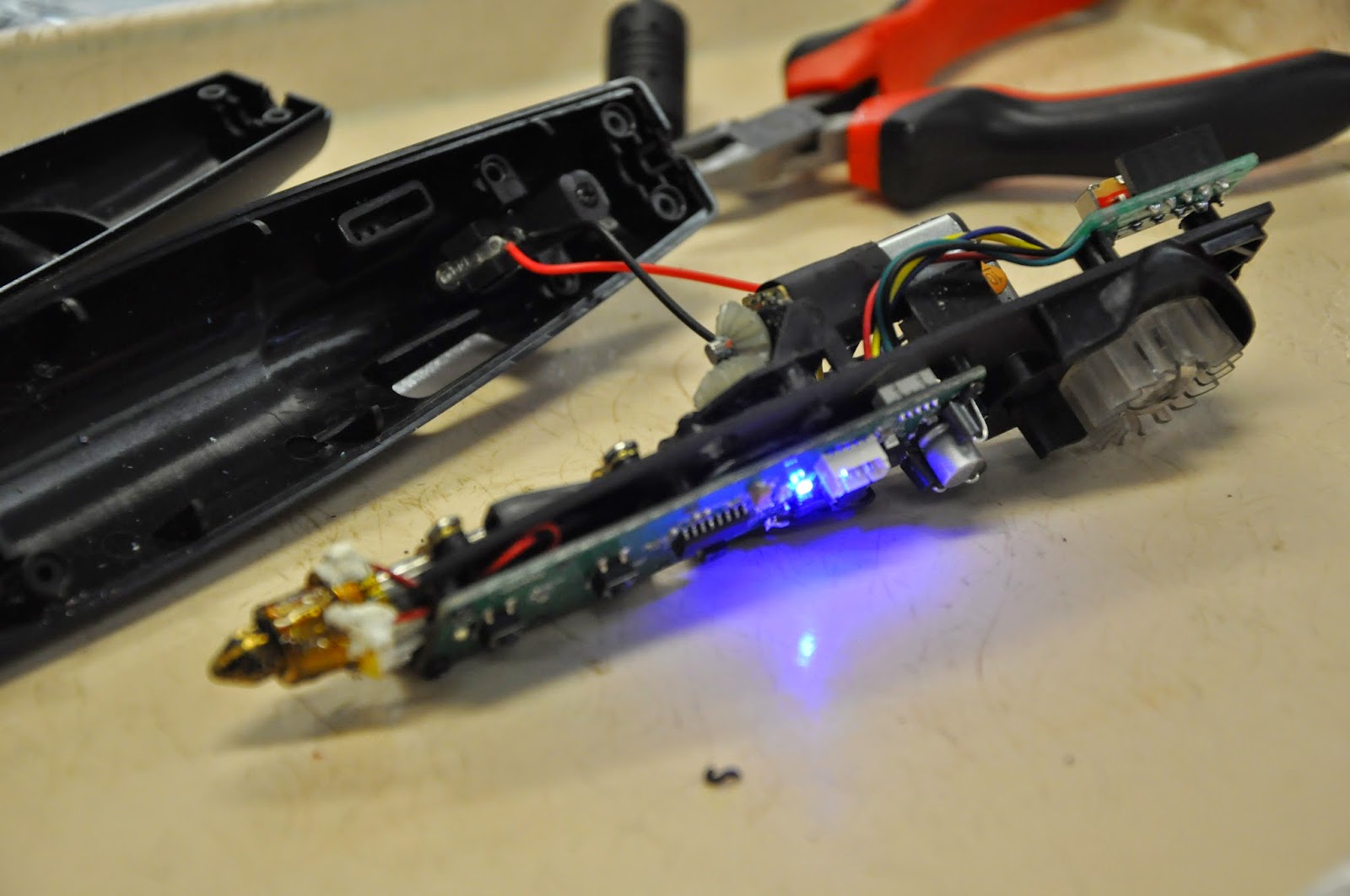 Going back to the original point, we tried many tricks to try to fix our 3Doodler. They ranged from shoving a poke-thing up it, to holding it upside down and saying an incantation (it did improve the situation) and were affectionately termed juju-magic.

Then, while in desperation at the East Bay Mini Maker Fair I tried switching to using positive reinforcement while talking to the 3Doodler, I learned that earlier my friend had taken it apart as a project to try and fix it (see pics below).  He told me that when our filament, curved from the spools it comes on, was shoved in our 3Doodler (it wasn't my fault...) it over time bent the internal tubing. 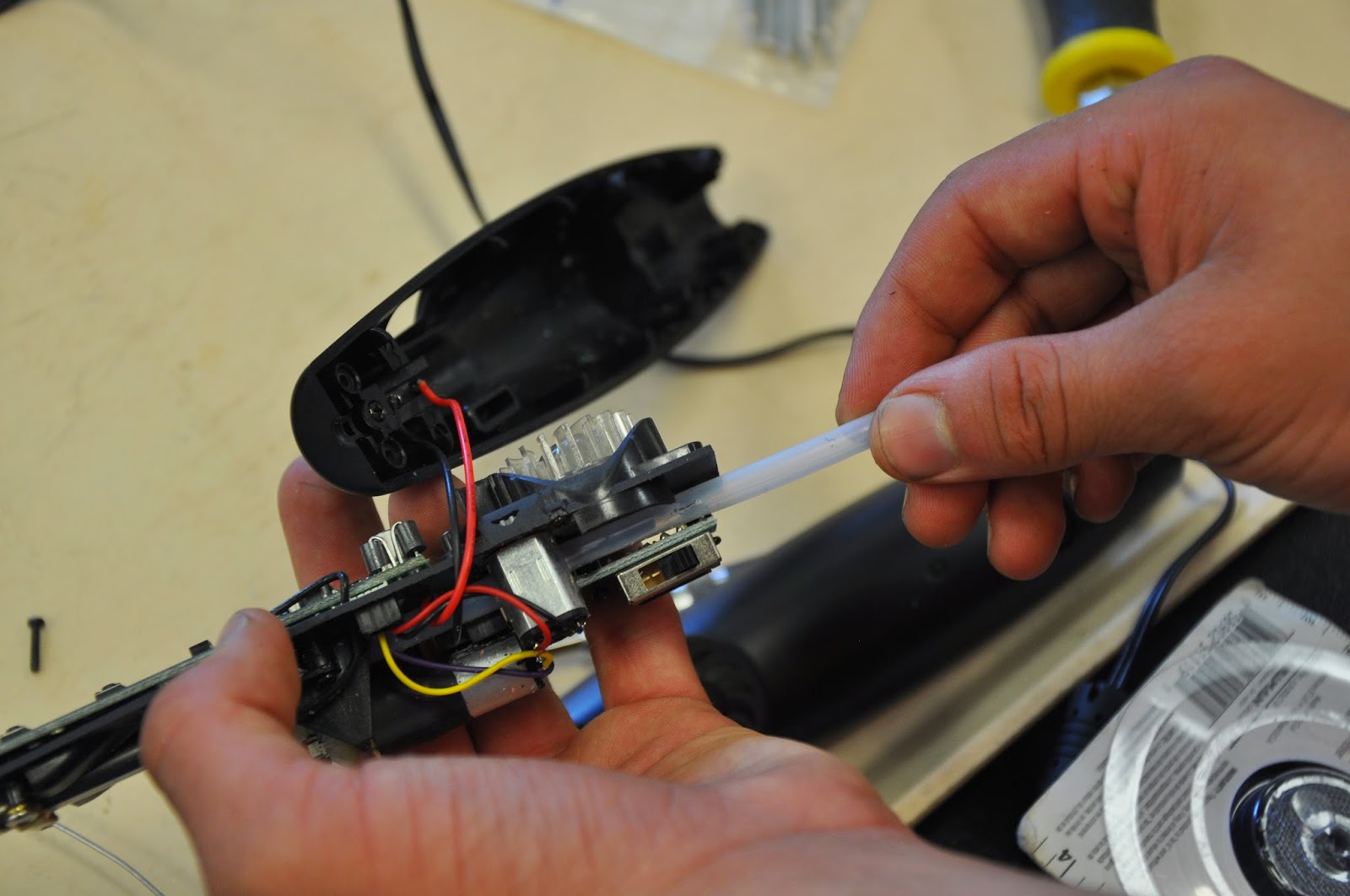 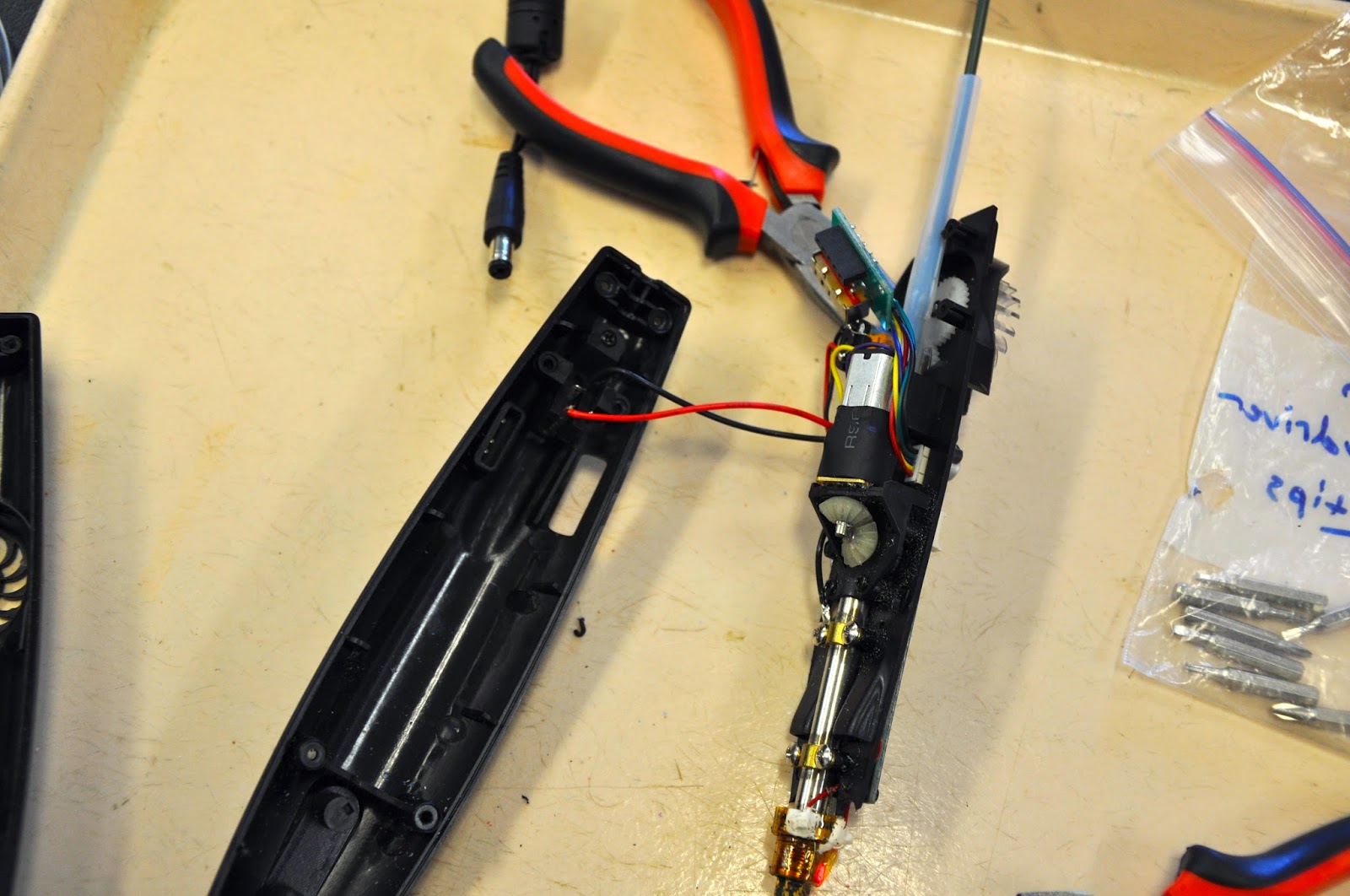 Now the moral of this is either just pay the money and it will work, take apart your expensive stuff, communication is key, or always tweak. I personally prefer the last one and I know many of my fellow BPC makers prefer the second, but for some reason a few of my fellow students prefer the third. 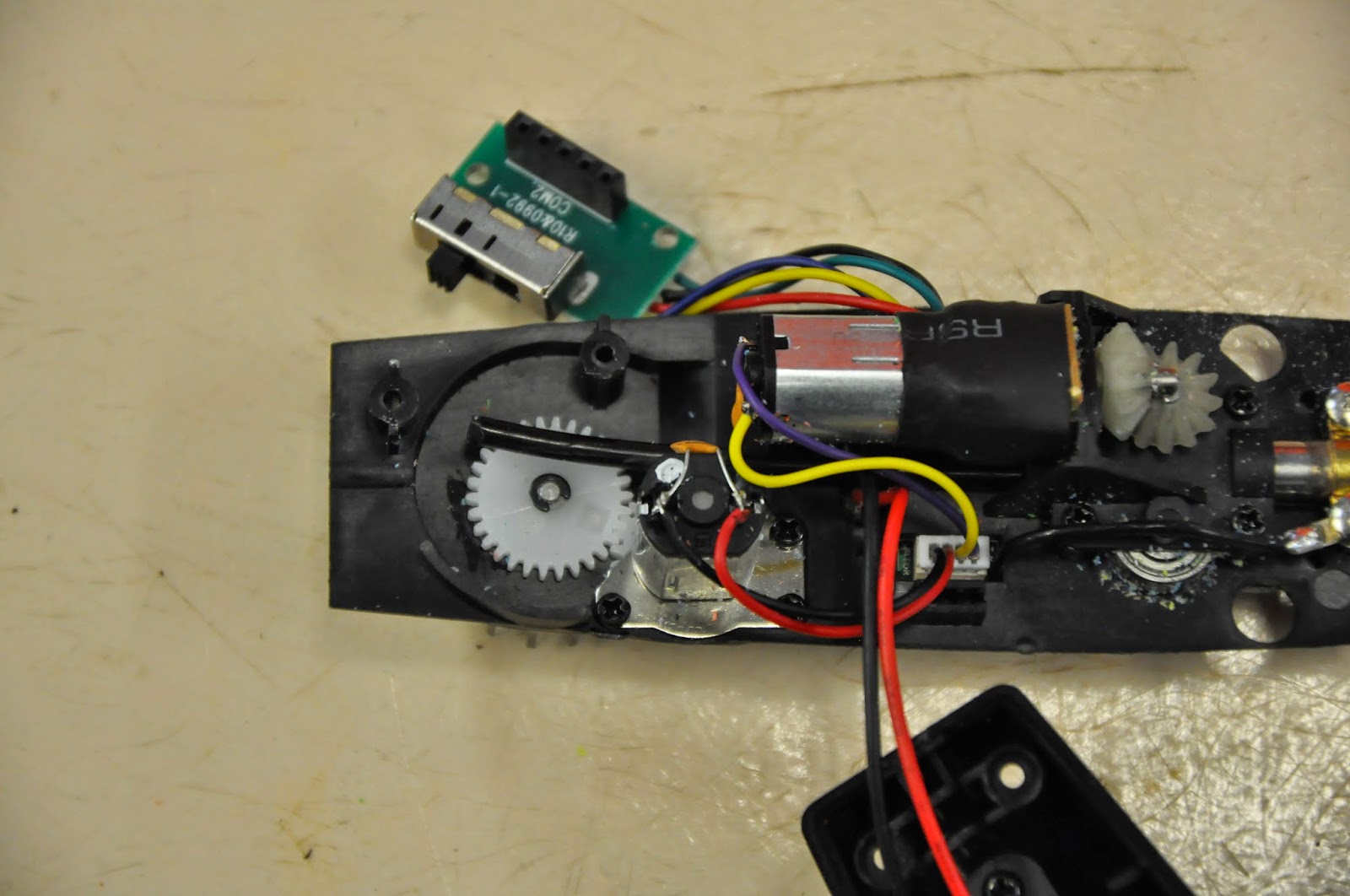 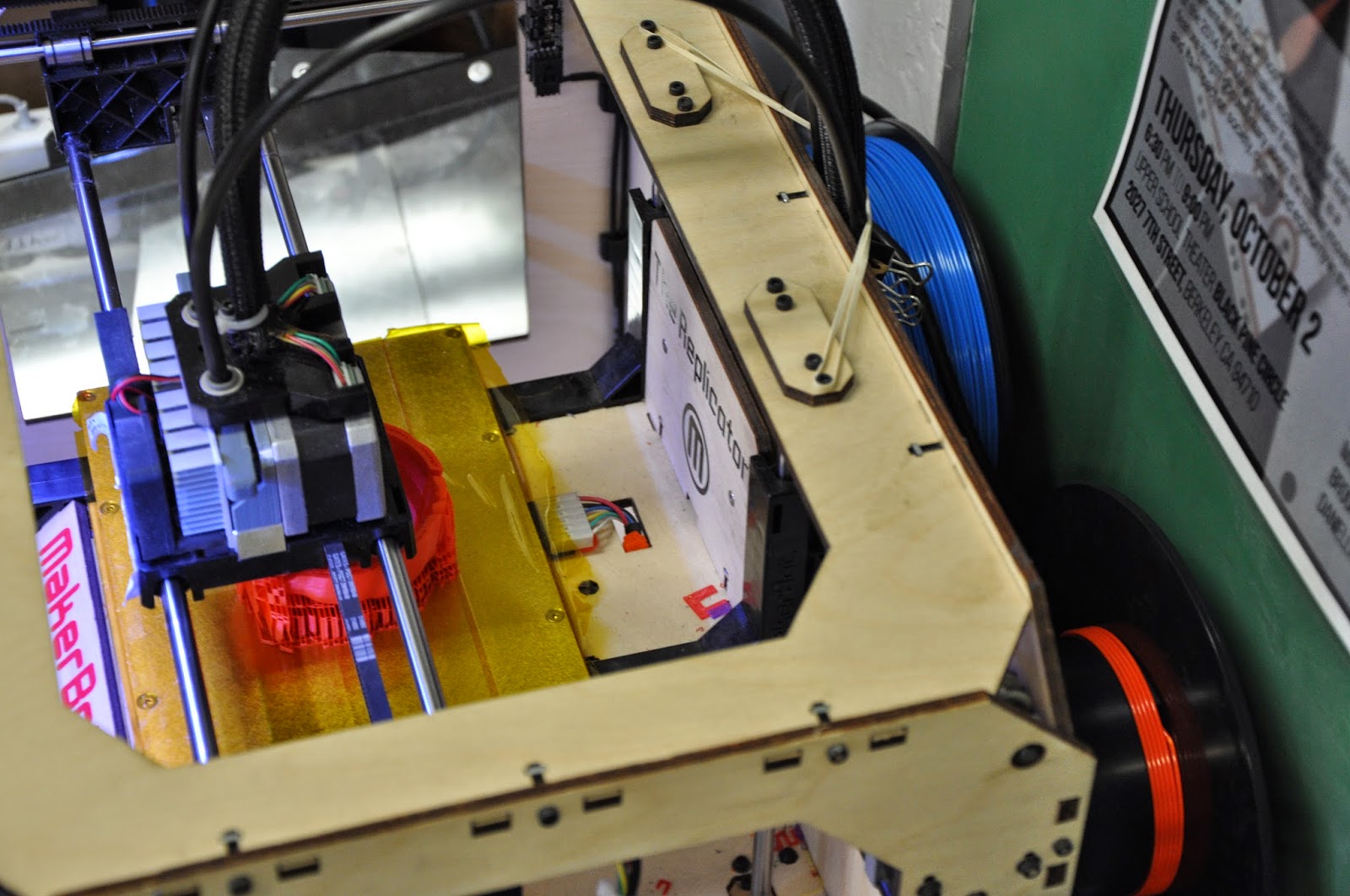 There's an old English proverb that says, "Necessity is the mother of invention."  In our classroom, we have been printing most things with a single color for simplicity.  Though we recognize the potential in a mid-print filament switch, we also realize the potential for things to go wrong during the transition. However, once one student began a lovely pumpkin print, someone later pointed out that we were going to run out of filament.  After our previous mid-print, filament-exchange experiments, we've sort of avoided the whole process.

Surprisingly, the filament-changing process was smooth and simple.  Once we paused the print, the Makerbot screen walked us though the process. Once un-paused, the print continued as it nothing had happened! The most interesting part was that, when paused, we got a message while the code wrapped up a few layers, getting to a good stopping point. Smart.

A quick Google search of "switch filament mid-print" will uncover many people who use this technique successfully to acheive some pretty cool results.   Interestingly enough, we've read that "MakerBot has invented a new type of process which, if it works properly, will allow 3D printers to change build material mid print.  They have filed a patent to protect this solution over a year and a half ago, but just recently was it published for the public to see."

Another tool in our toolbox! :) 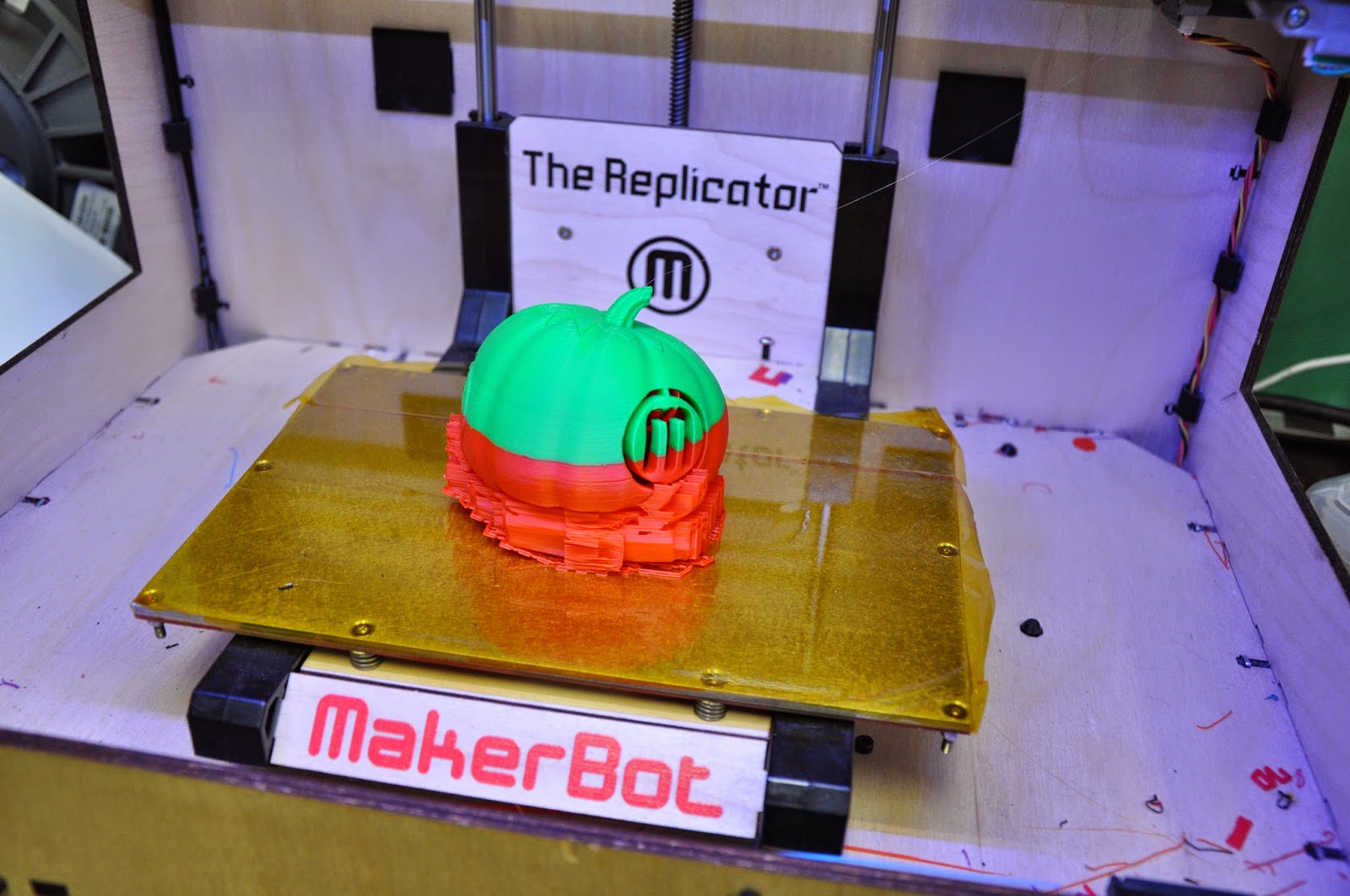 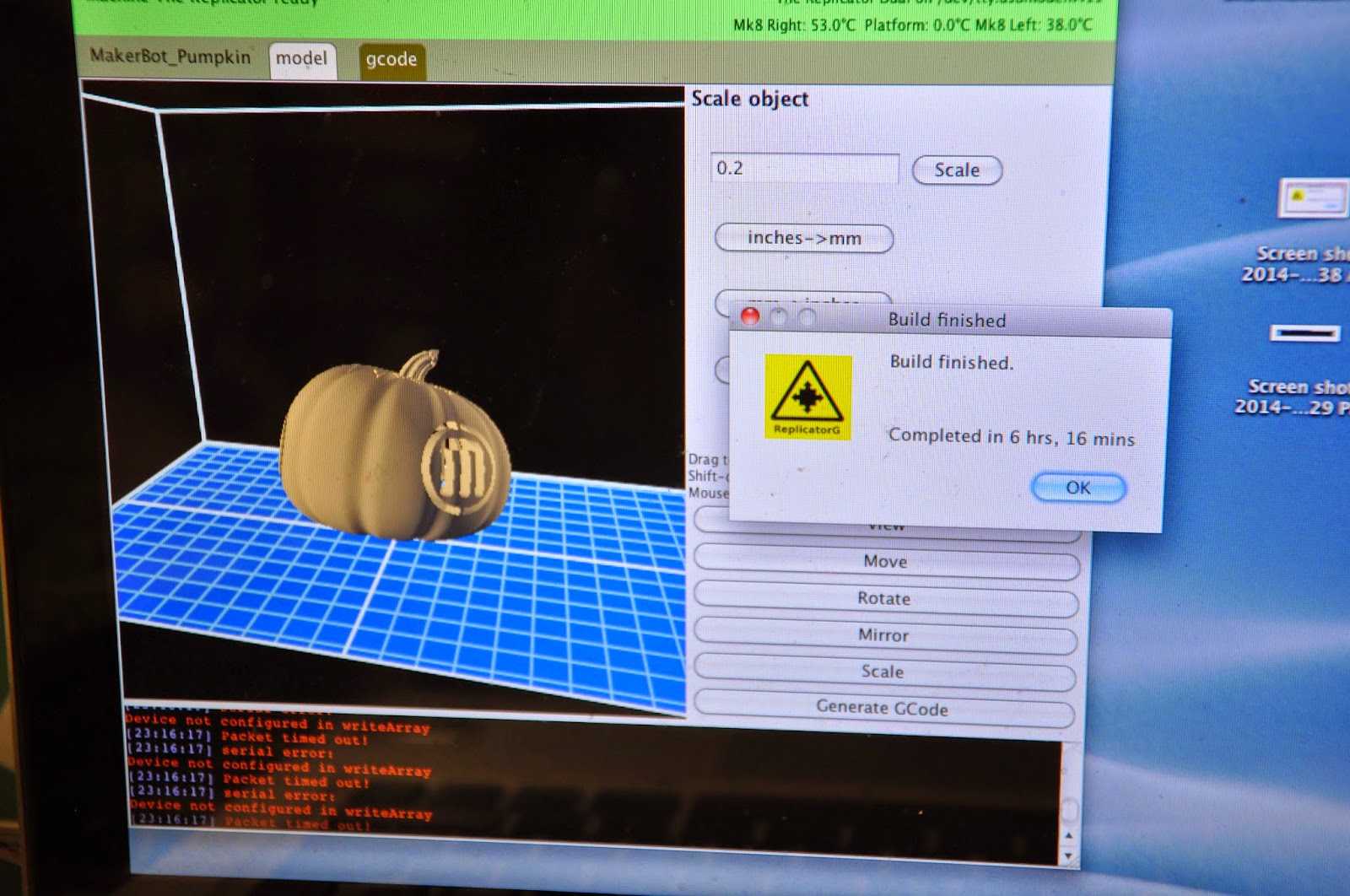 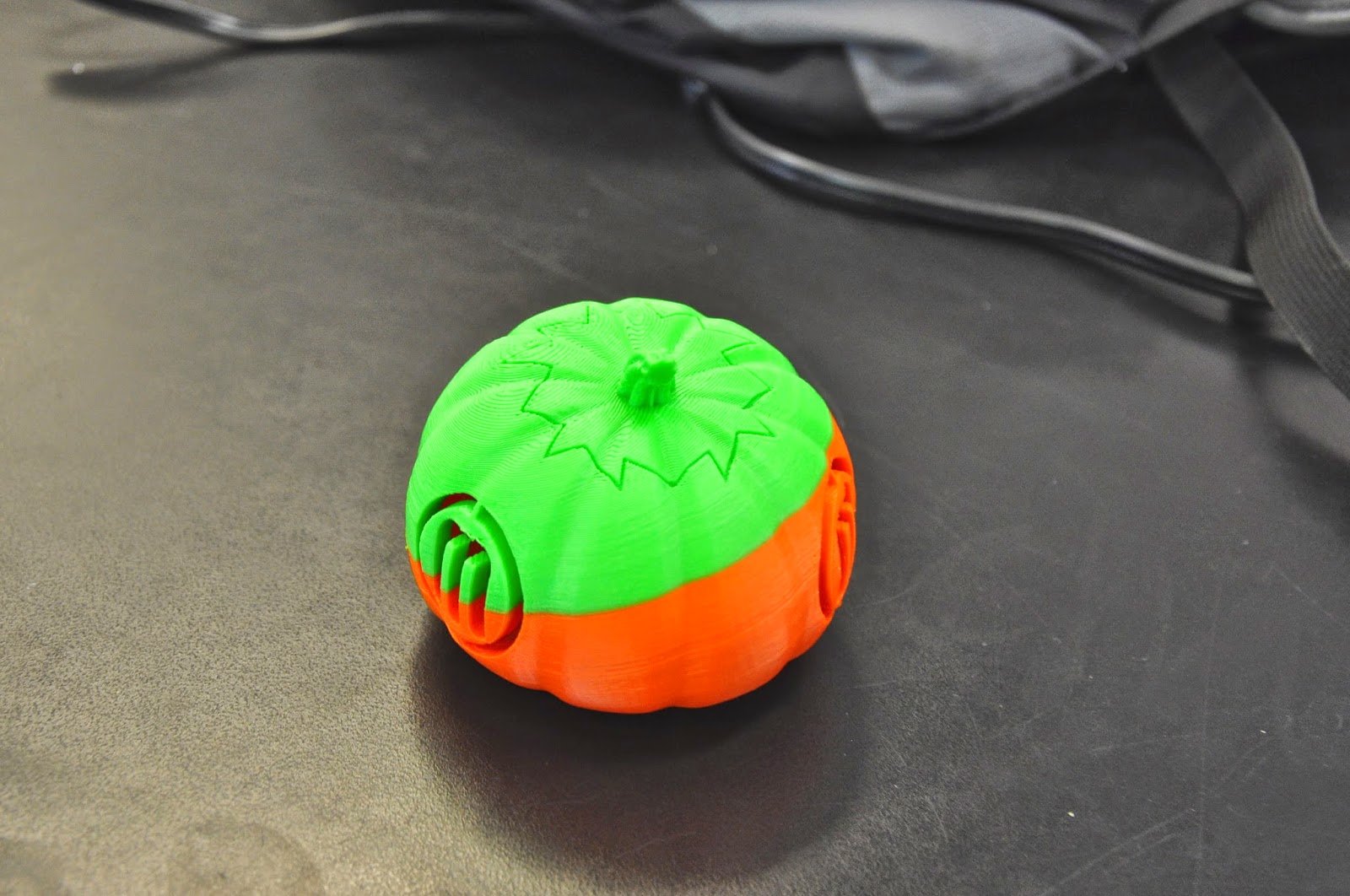 After our experiences with 3D printing, we have been looking forward to venturing into the long-established world of subtractive manufacturing.  The Othermill is a new tool in our classroom.

The kids will write more about how they use it soon, but one of the first lessons we learned?  It is FAR louder than the 3D printers. :)  The 3D printers basically run all day in my science room.  This one is a little harder to ignore. 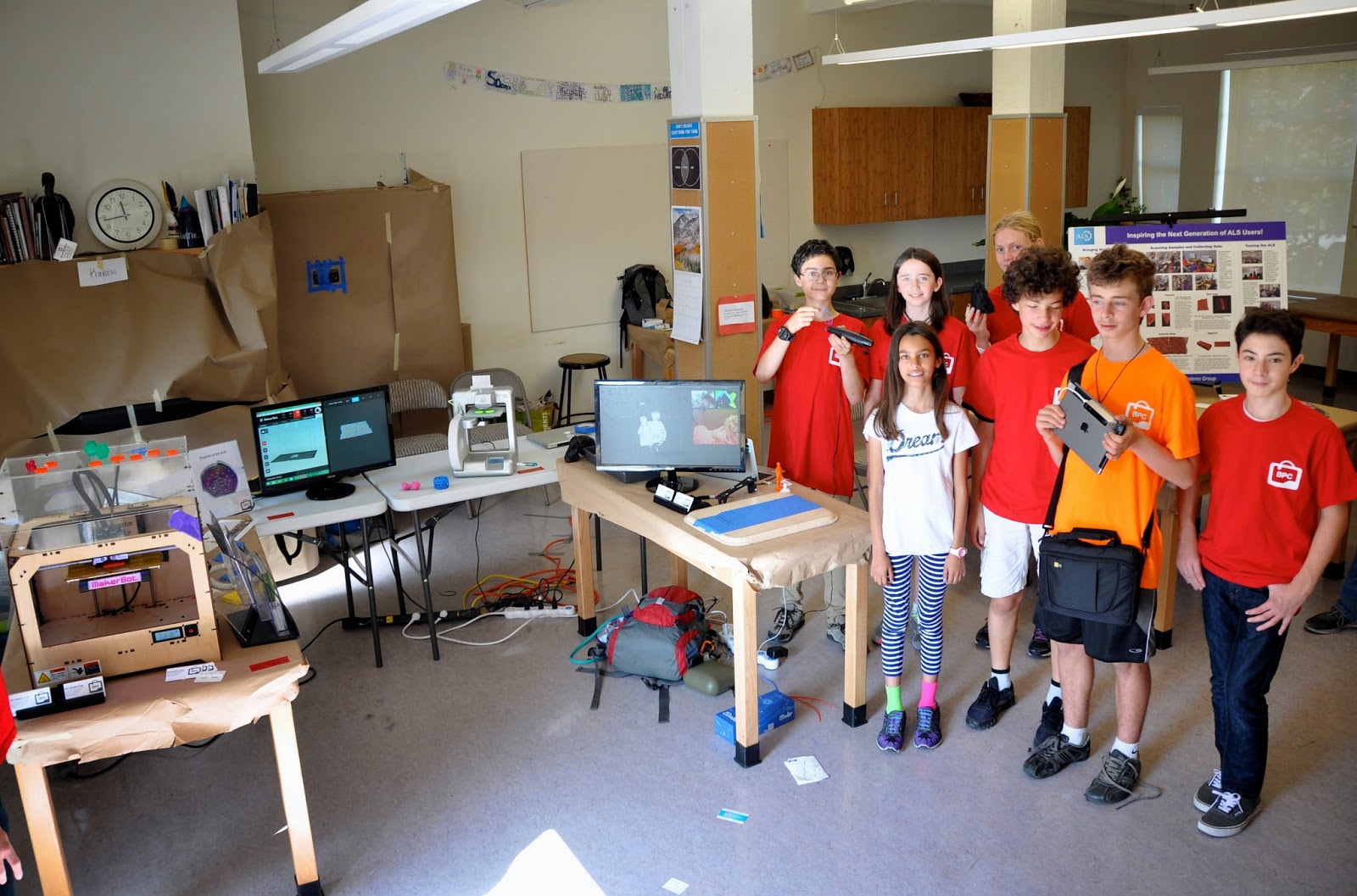 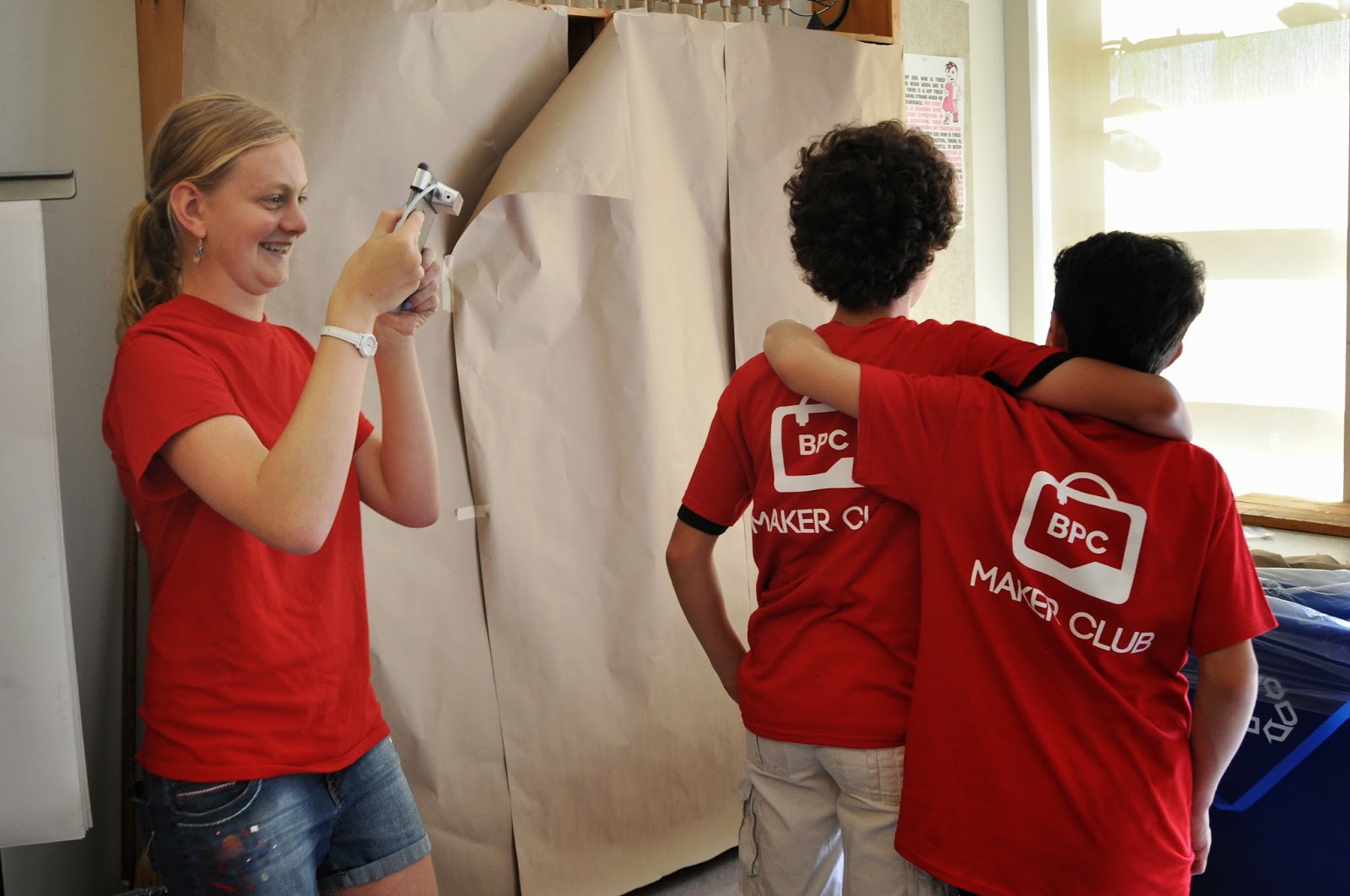 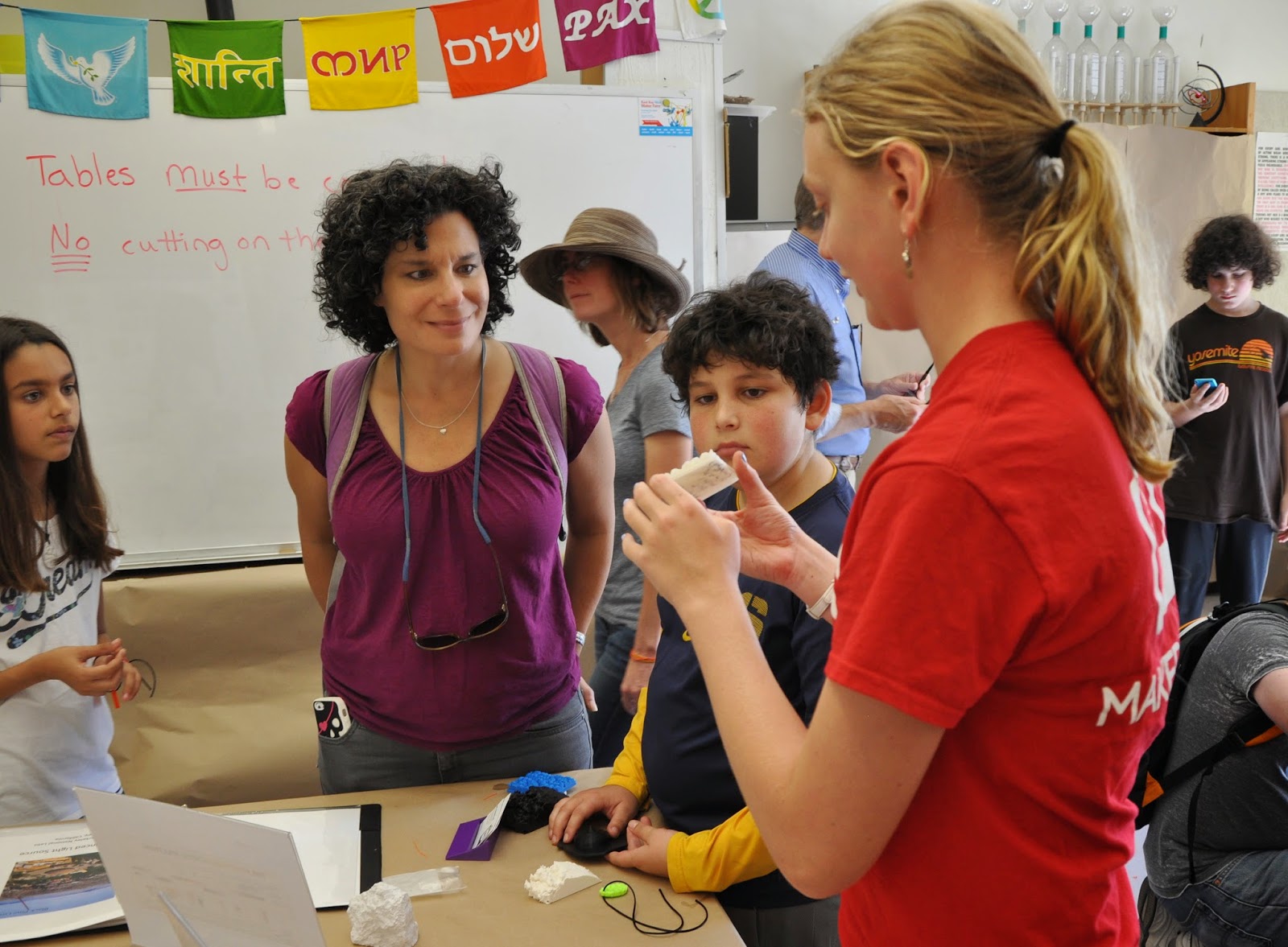 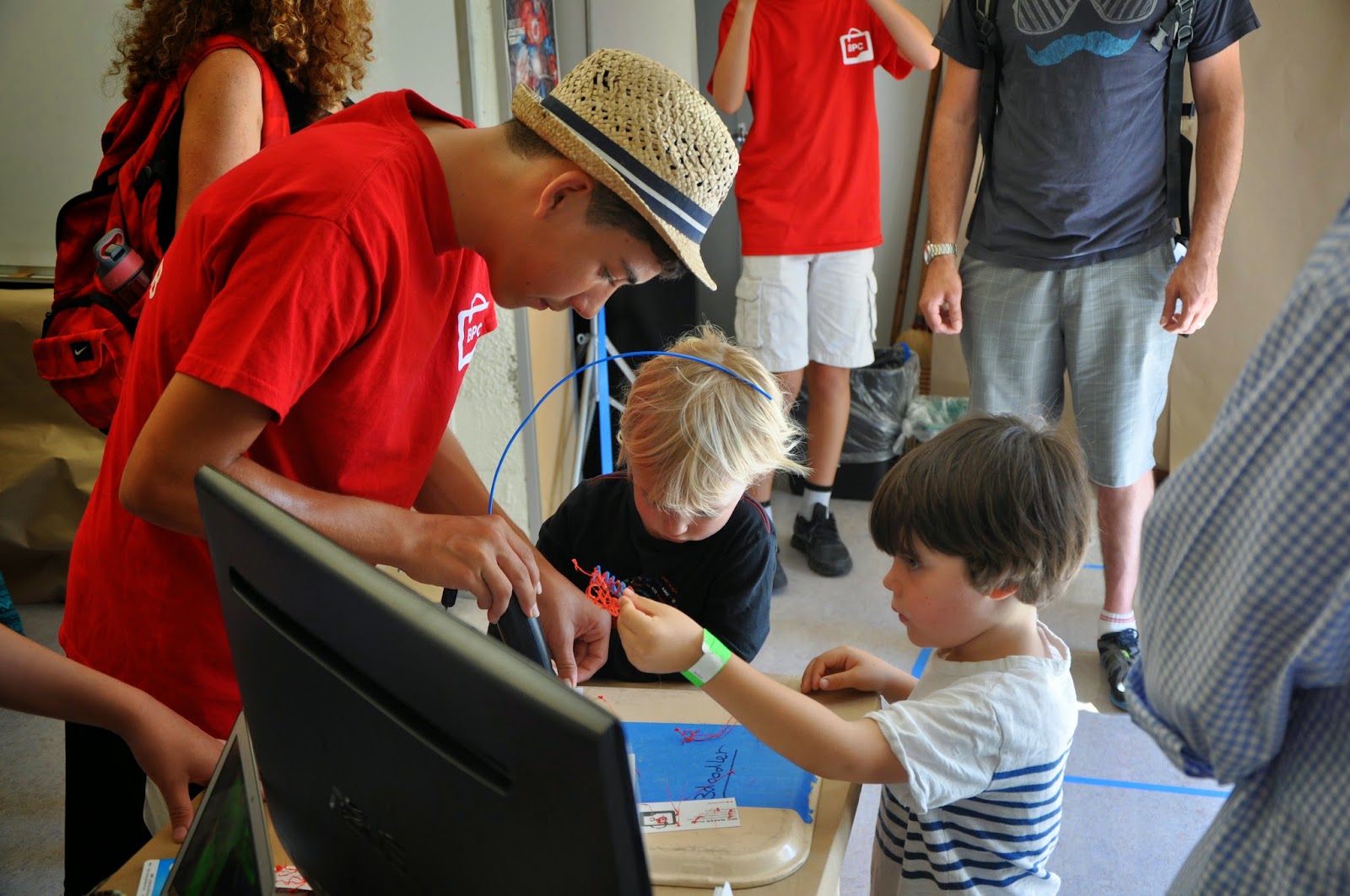 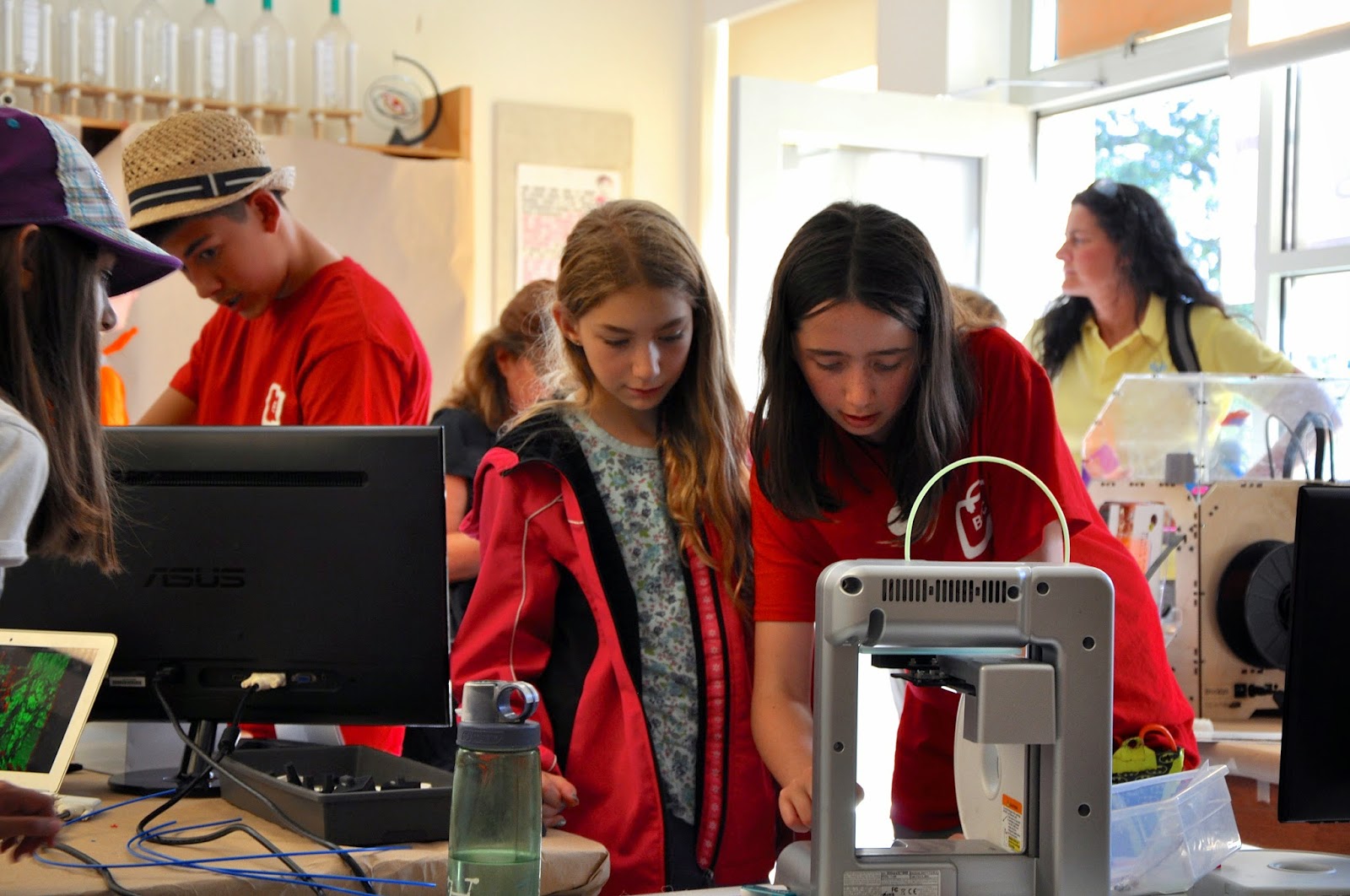 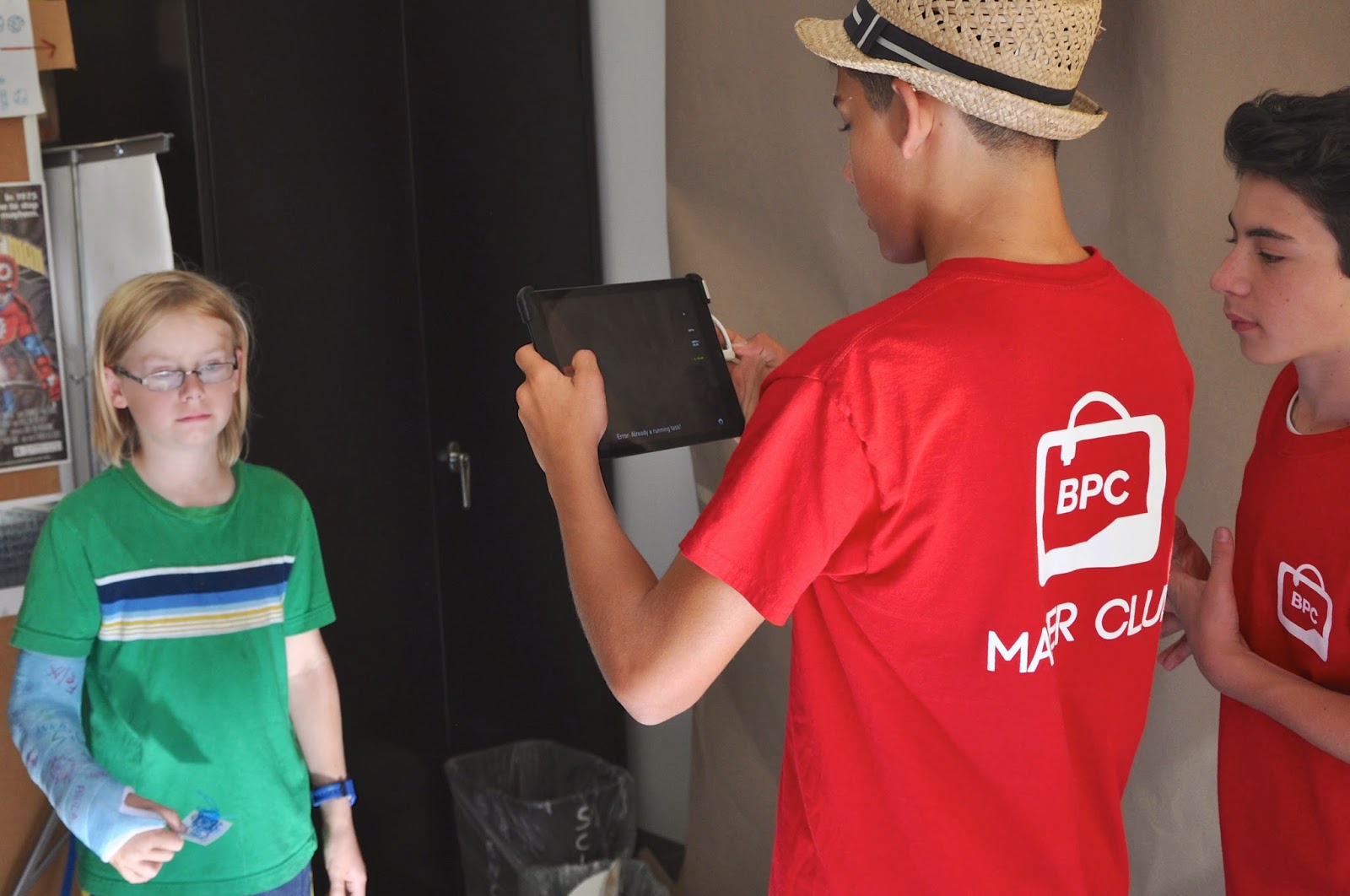 So, I needed a link from our blog earlier today. When I googled it,  I was surprised to see this post appear in my search results.

Under resources, she writes, "You aren’t the first one to go down this path.  Tapping into resources like the Invent to Learn website resources will help immensely.  Connect with other educators.  Follow blogs like MakerHome and Tales of a 3D Printer… you just never know what you will learn."

Email ThisBlogThis!Share to TwitterShare to FacebookShare to Pinterest
Labels: 3D Printing in Education

One of the things we constantly struggle with is prioritizing time on the printer. The kids are always in the room at recess, lunch, passing periods, even occasional weekends... trying to get prints started. We've tried (1) first-come-first-served, (2) Google Doc sign ups, (3) Hunger-Games-style (last kid standing uses the printer), (4) dry erase board sign up.... but nothing has stuck yet.

Below is our newest attempt at managing the workflow on the printers. The idea is that when the printer is idle (which is getting rarer and rarer these days), the kids and/or I can grab a sheet and run a few prints.

Does anyone have advice on a good system that works? 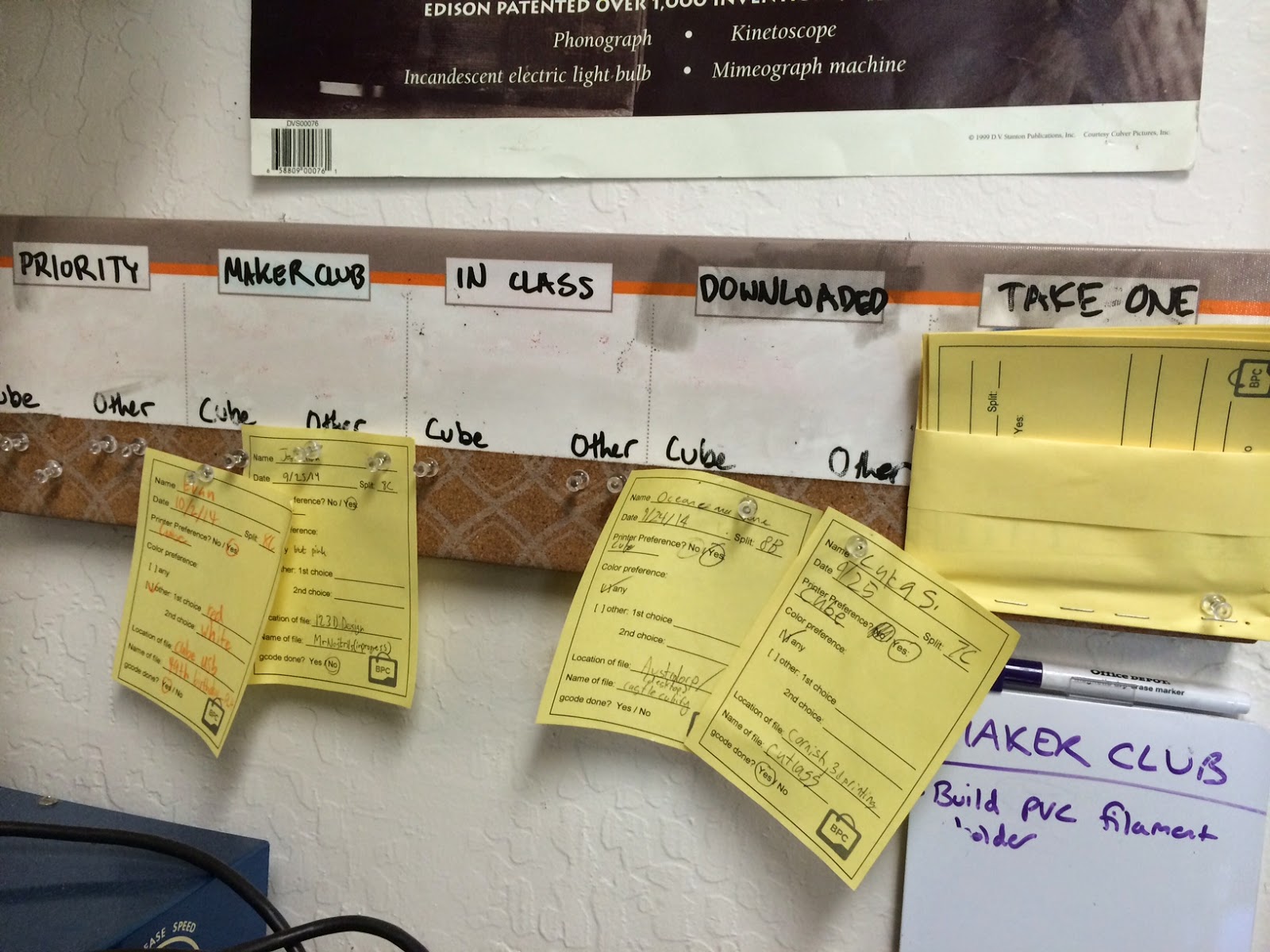 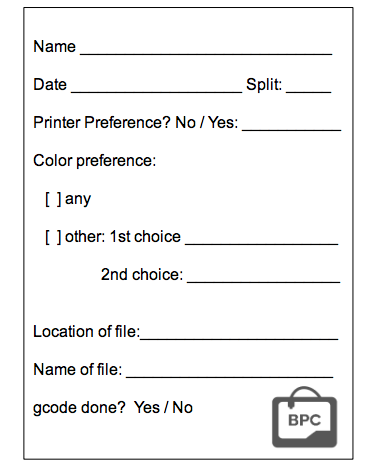