This is truly remarkable. I first heard the news last week from 3DPi (read their comprehensive article here).  Inspired by the T-1000 from Terminator 2, Dr. Joseph DeSimone and his team have come up with a truly revolutionary idea in 3D printing.  Check out this video (at 7x speed). It's so fast, they printed an object (which would take up to 11 hours using traditional 3D printing methods!) DURING the 10 minute TED talk! 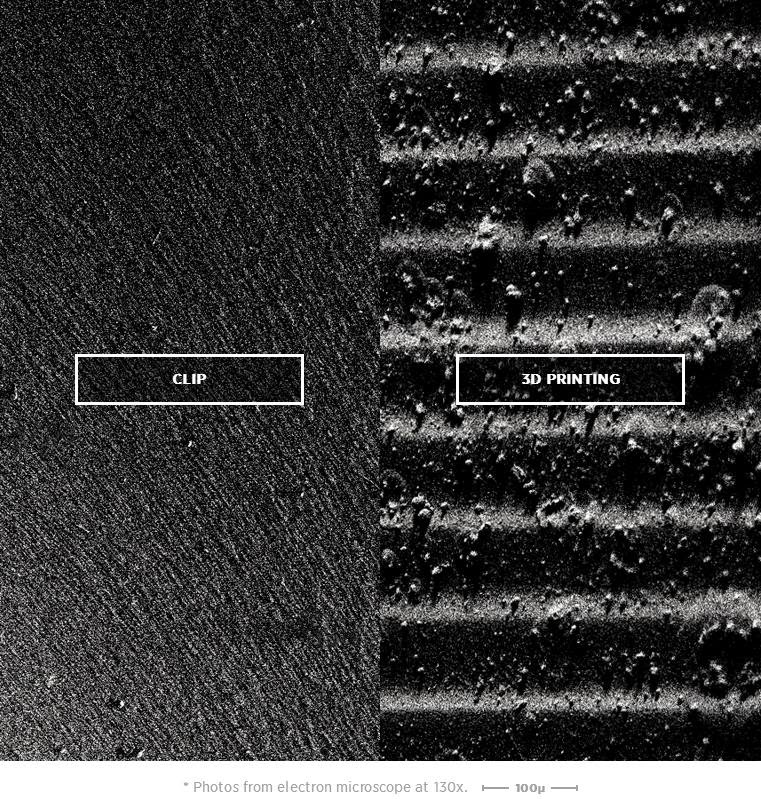 They call it CLIP - Continuous Liquid Interface Production.  And it grows  parts instead of printing them layer by layer!  (more on this later) Take a look at the micrograph (right) - the image on the right is a traditionally 3D printed part with layers, on the left - CLIP!  Plus, CLIP is 25-100 times faster than traditional 3D printing.

So, how does Clip work?

For now, I'm quoting right off their website, and will add as we learn more.

CLIP is a chemical process that carefully balances light and oxygen to eliminate the mechanical steps and the layers.

It works by projecting light through an oxygen-permeable window into a reservoir of UV curable resin. The build platform lifts continuously as the object is grown.

The heart of the CLIP process is a special window that is transparent to light and permeable to oxygen, much like a contact lens.

By controlling the oxygen flux through the window, CLIP creates a “dead zone” — a thin layer of uncured resin between the window and the object.**

This makes it possible to grow without stopping. As a continuous sequence of UV images are projected, the object is drawn from the resin bath. Sophisticated software manages the entire process by controlling the variables. 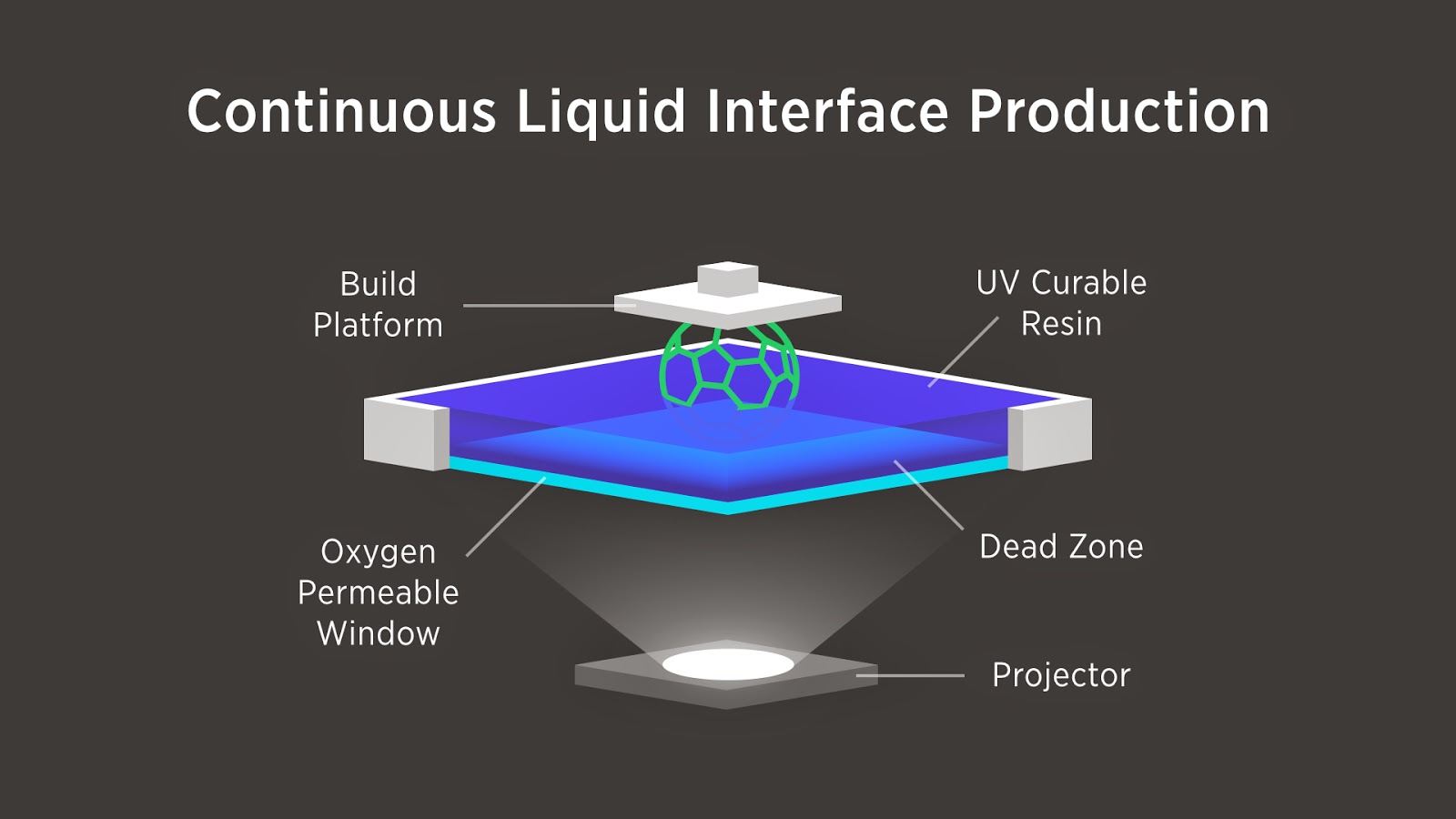 ** We are very interested in learning more about this "dead zone" - it is tens of microns thick and an area where it is impossible for photopolymerization to occur.

Want to learn more?  Check out the Carbon3D website, another article, or (highly recommended) watch the recently-released TED talk below!

UPDATE 3.26.15:  3DPrint.com has a story about Gizmo 3D, a company that says they too "are working on a super fast SLA style 3D printer, which may actually one-up the Carbon3D system, as far as speed and print quality go."  Read more here!


Just for fun, here is the Terminator 2 video clip shared in the TED talk. (in Spanish...?) 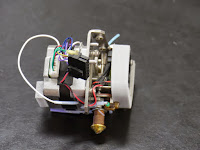 Our new cube recently started malfunctioning again. We saw that filament was coming out at 1.52mm instead of something closer to .4mm. Luckily we still had our old Cube that we have yet to return (oops) - that one has a malfunctioning control board. Since the extruder on that old Cube still worked we thought why don't we try to replace our new cube's extruder. 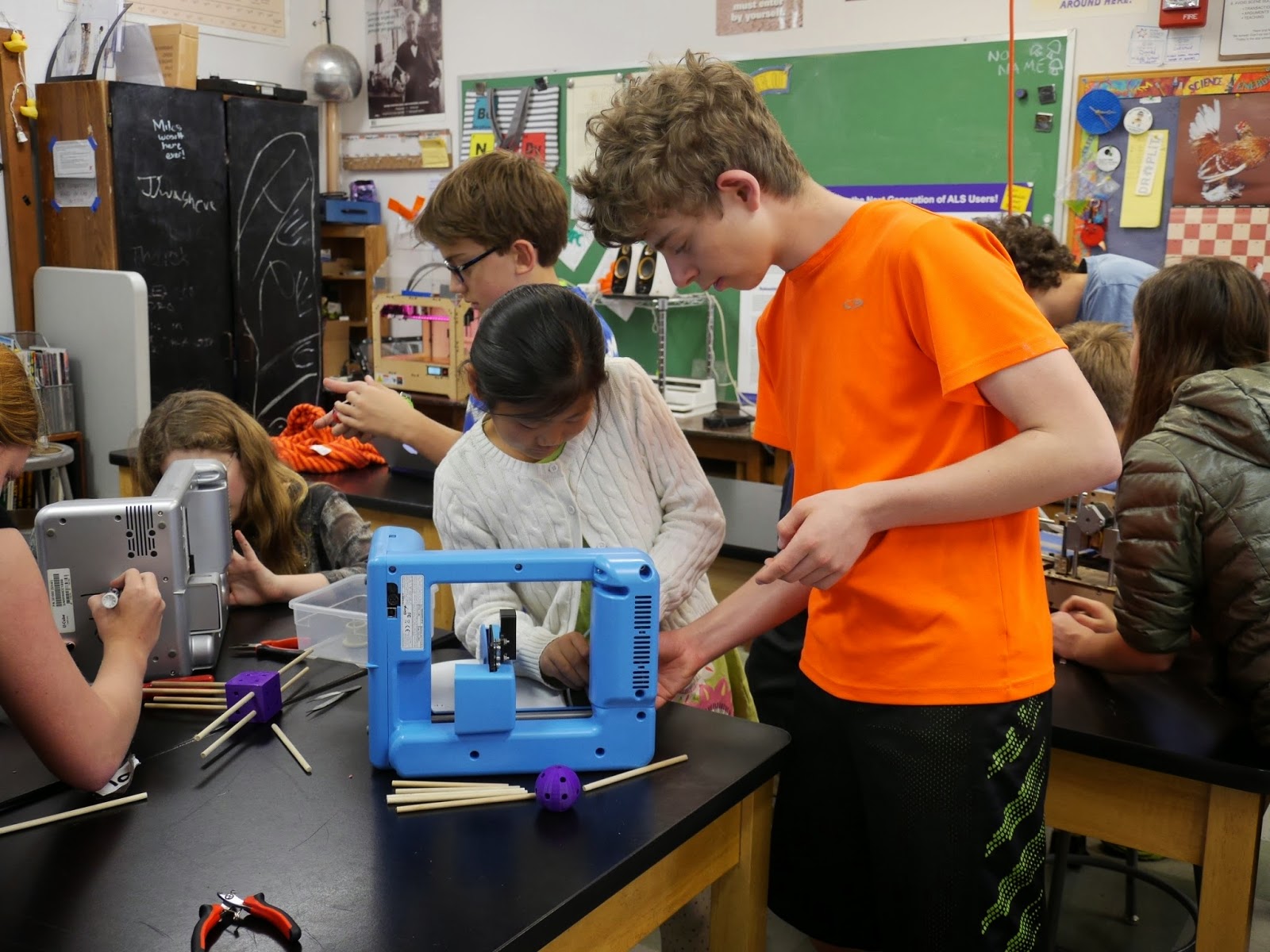 We took this project to our after school 6th grade 3D printing club. Where we started, trying to figure out how to get the extruders off. As it turns out the extruder is only attached by 2 screws that we could easily take off. We took off both extruders 1 from each cube 2 and swapped them to create a FrankenCube. We tested it out and it worked. 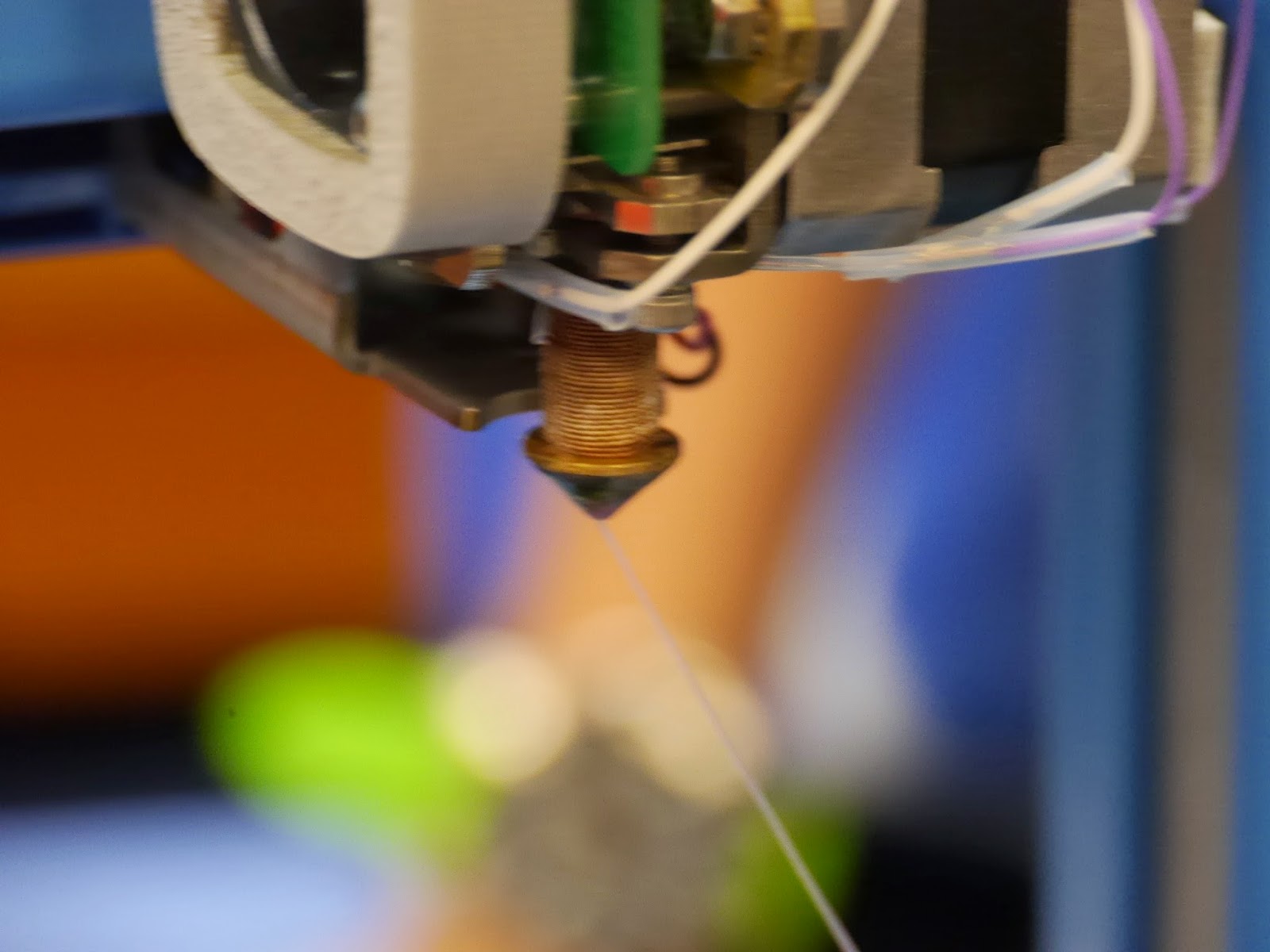 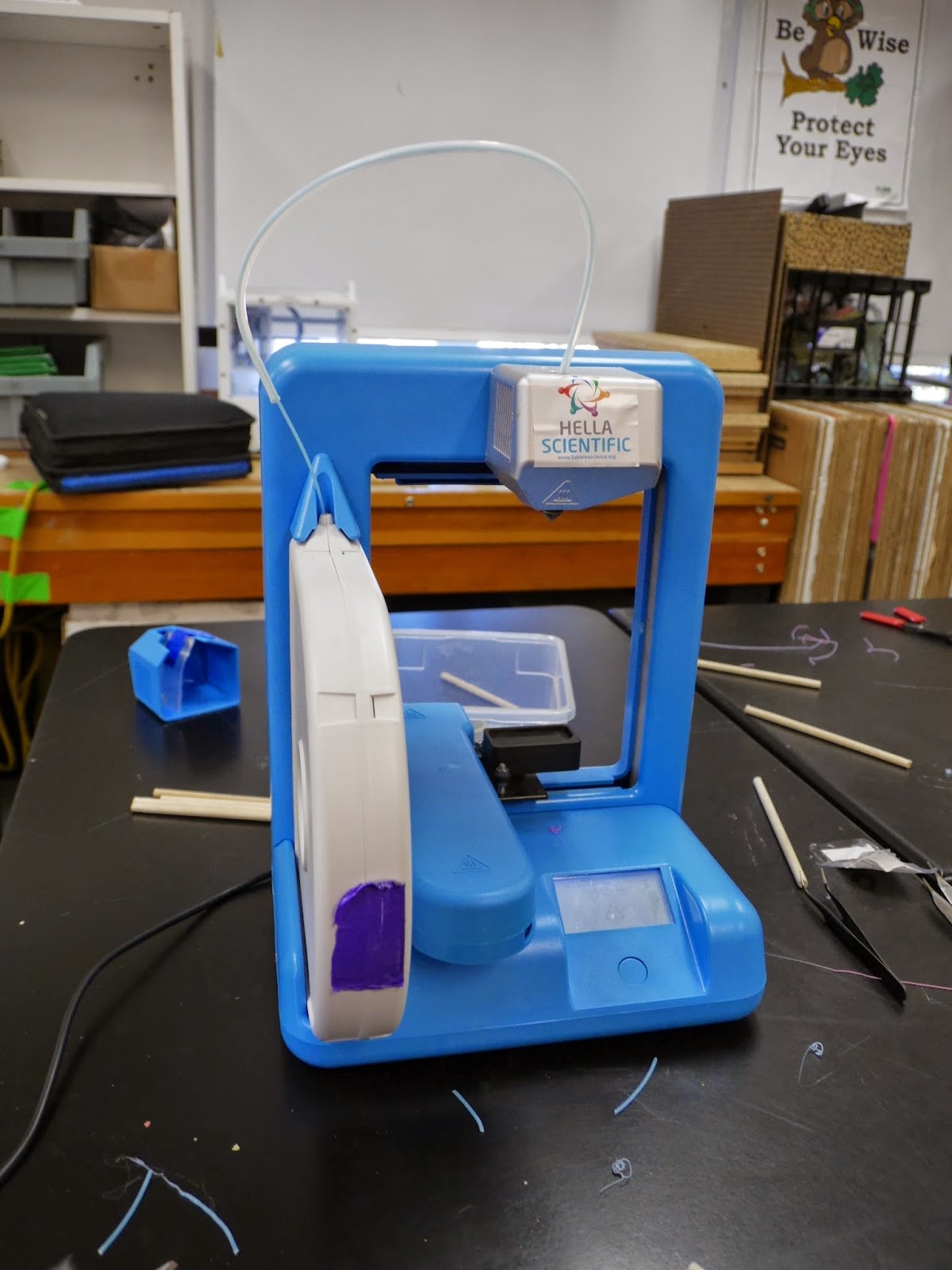