Impact of BPC in 3D: A 3D Printed Graduation Project

(NOTE: As teachers and parents know, the end of the school year is a very busy time.  Here is a snapshot and a more detailed post is forthcoming!)

This year we implemented our first grade-level wide 3D printing project.  Graduating 8th graders were asked to reflect on "What's something you will take from your time here at BPC with you for the rest of your life?"  In English class, students wrote reflective passages and in science, they created CAD models which were 3D printed and displayed at our graduation ceremonies. 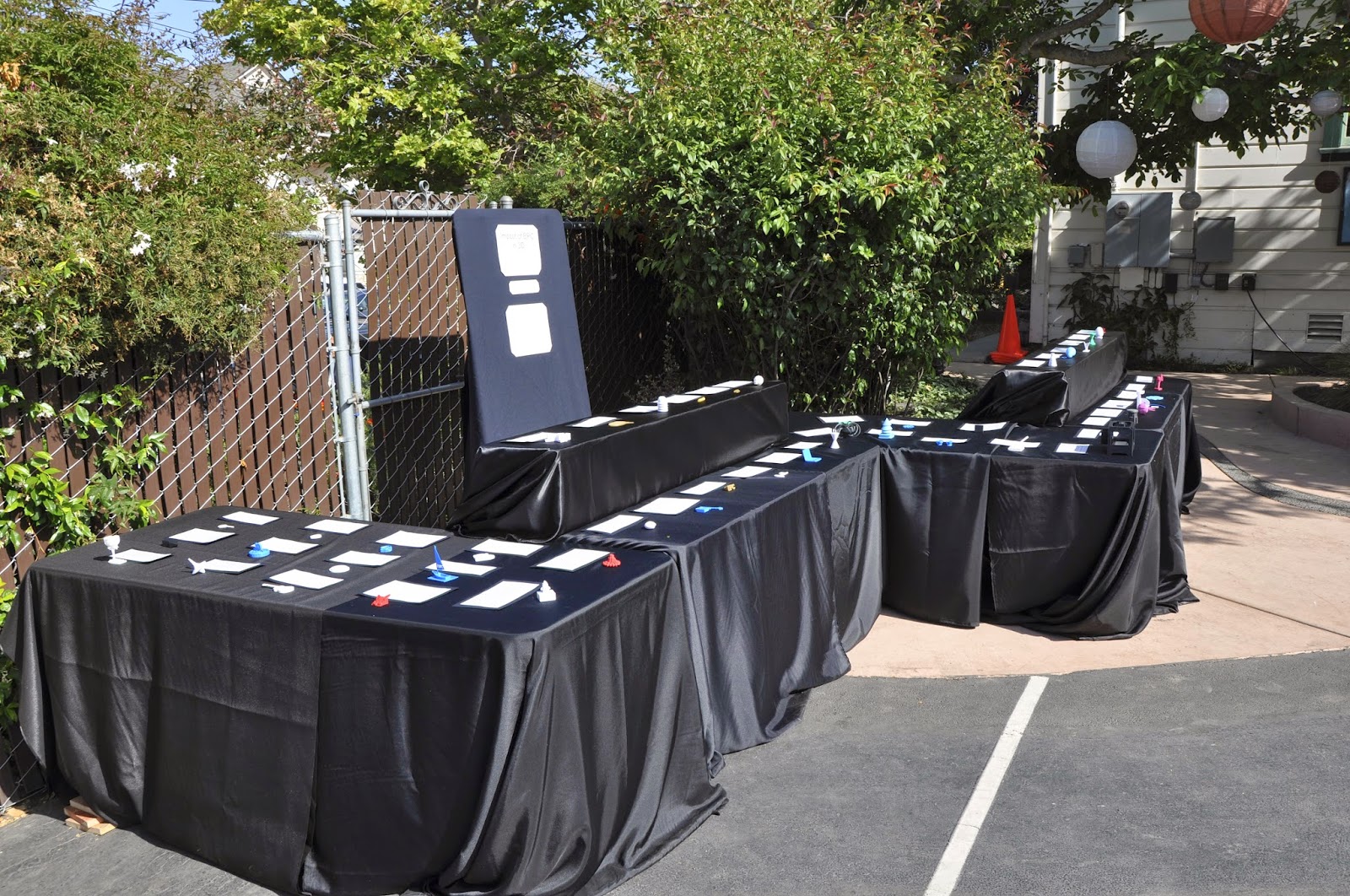 Here are just a few models with their respective writing pieces: 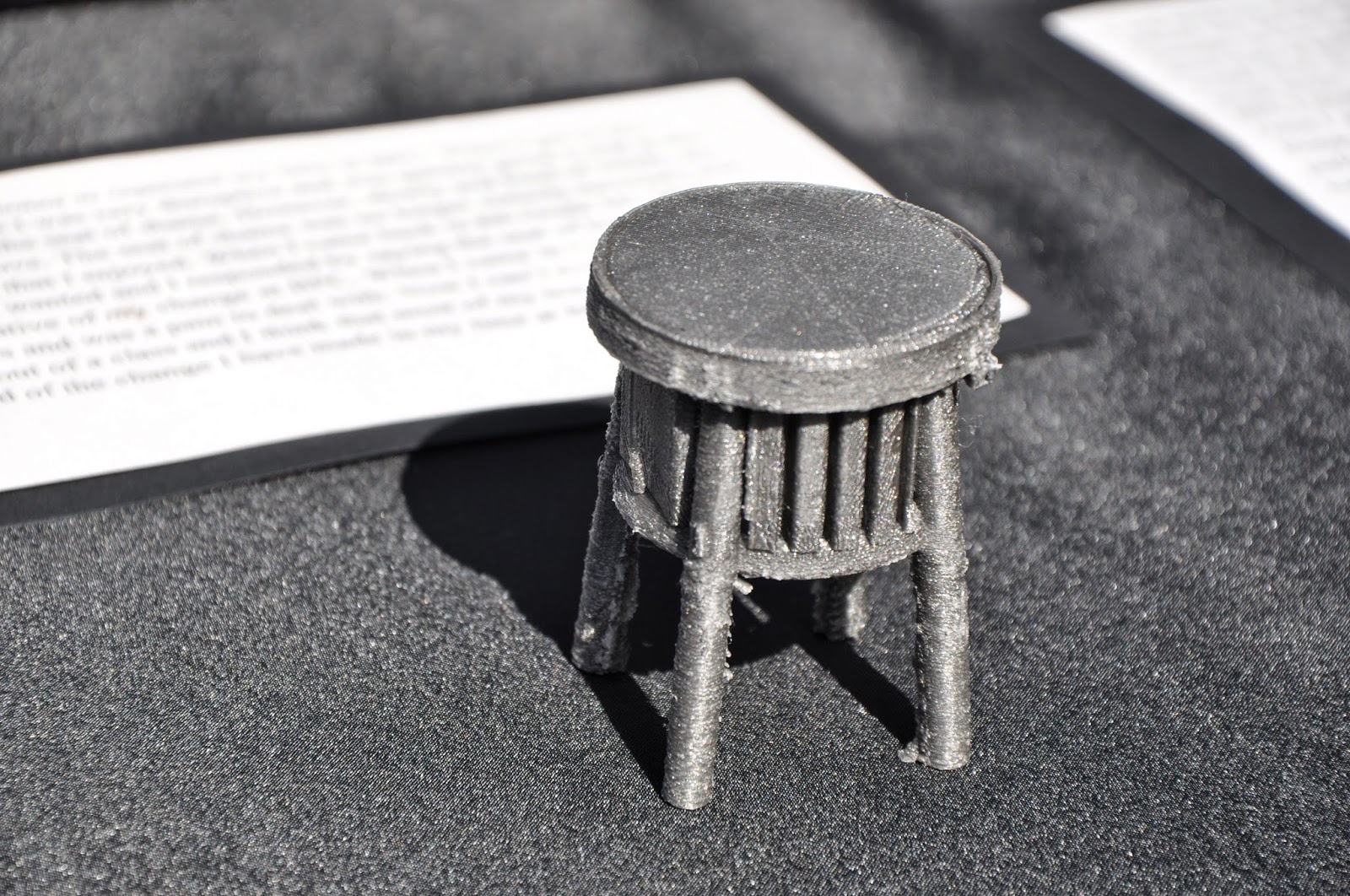 I choose the seat of shame/honor to represent my time at BPC. When I got to Ms. Mytko’s class in 7th Grade I was very disruptive and was quickly given a seat at the front of the class labeled the seat of shame. However, slowly and kind-of surely, my behavior started to improve. The seat of shame was no longer entirely necessary and had become something that I enjoyed. When I came back in 8th Grade Ms. Mytko asked me which seat I wanted and I responded by saying the seat of honor. I think that this is very representative of my change at BPC. When I came in I would often get thrown out of classes and was a pain to deal with. Now I can’t even remember the last time I was thrown out of a class and I think that most of my teachers like me at least a little bit. I’m proud of the change I have made in my time at BPC. 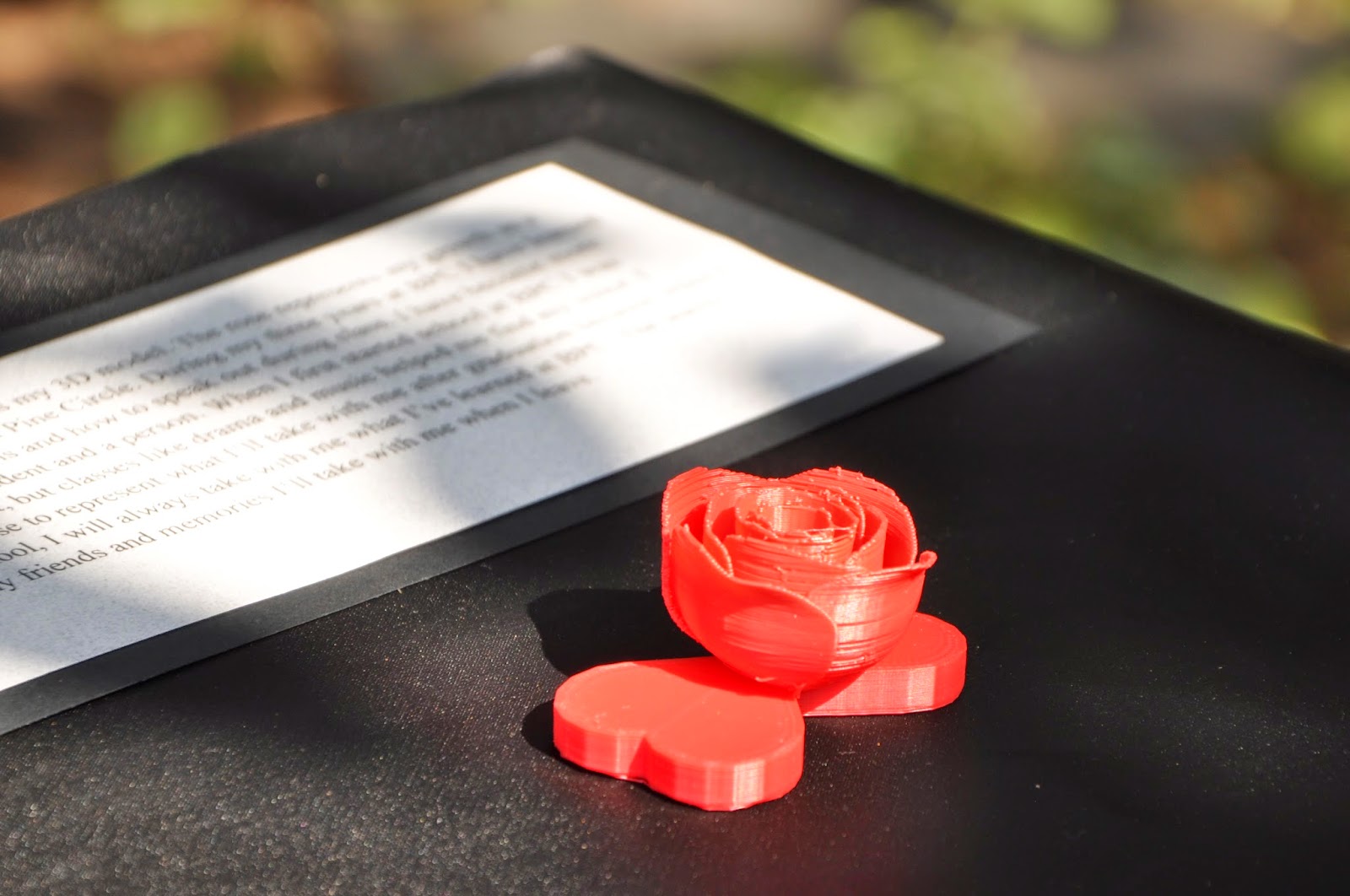 I chose to make a rose as my 3D model. The rose represents my growth as a person as a student at Black Pine Circle. During my three years at BPC I have learned new ways to ask questions and how to speak out during class. I have become more sure of myself as a student and a person. When I first started school at BPC I was pretty shy and quiet, but classes like drama and music helped me find my voice. I chose to use a rose to represent what I’ll take with me after graduation because when I go to high school, I will always take with me what I’ve learned at BPC. The leaves represent my friends and memories I’ll take with me when I leave. 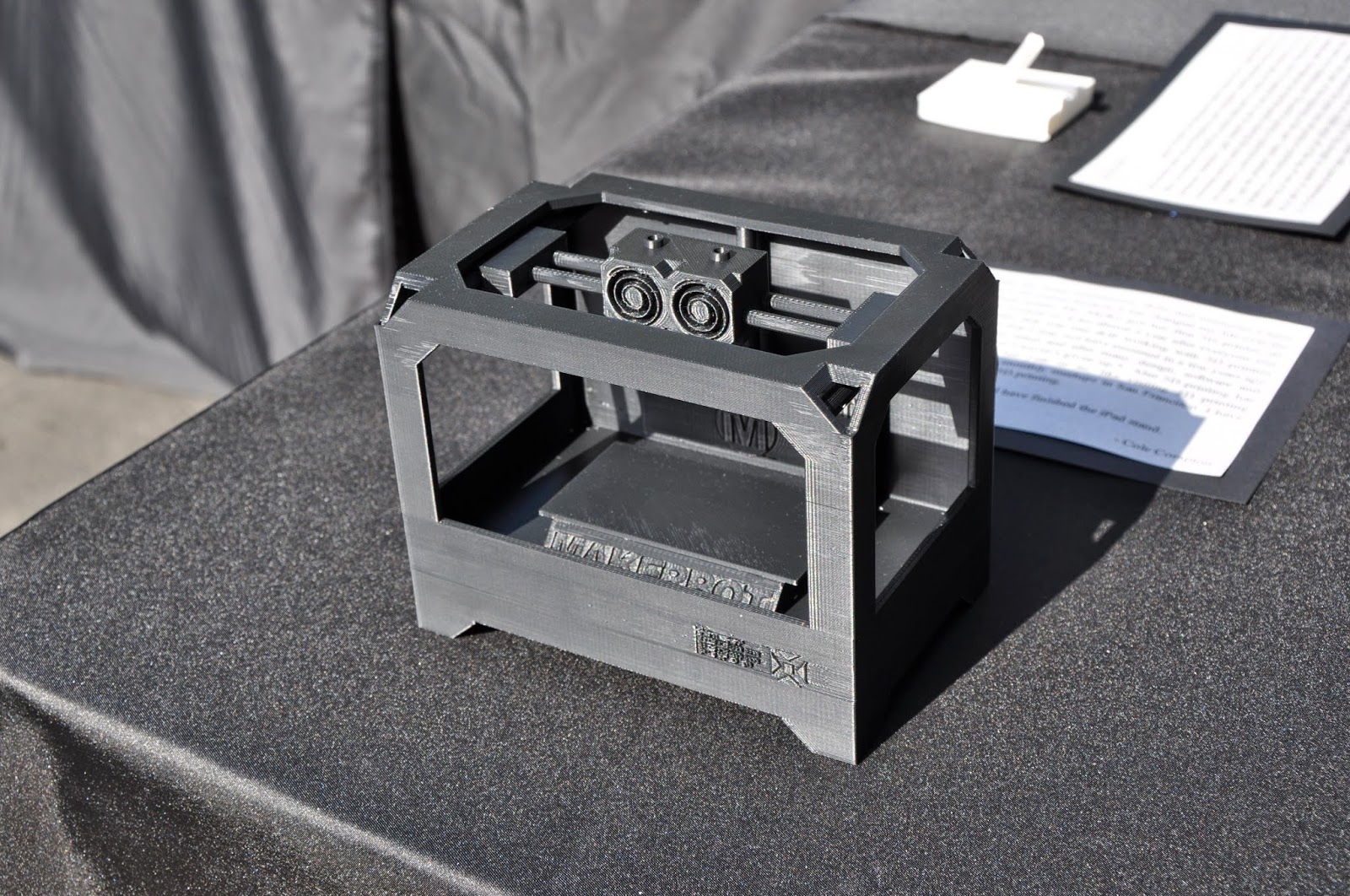 I chose a 3D printer to symbolize the many experiences, skills and memories I have taken with me from BPC. I chose a 3D printer because it has changed my life over the last three years. When I was in sixth grade, Ms. Mytko got her first 3D printer, an original Printrbot. My friends and I worked on it for almost a year after everyone else lost interest. Persisting on projects like that was one skill working with 3D printers helped me a lot with. Another instance that I may not have persisted in a few years ago but did was a time I designed an iPad stand and after many design, software and printing failures, it still hasn’t worked but I haven’t given up.*  Also 3D printing has given me many opportunities over the last year or so, like visiting 3D printing conferences and going to the 3D System’s monthly meetups in San Francisco. I have no idea what I would be doing now without 3D printing.

*Revision June 2: Since writing this paragraph I have finished the iPad stand. 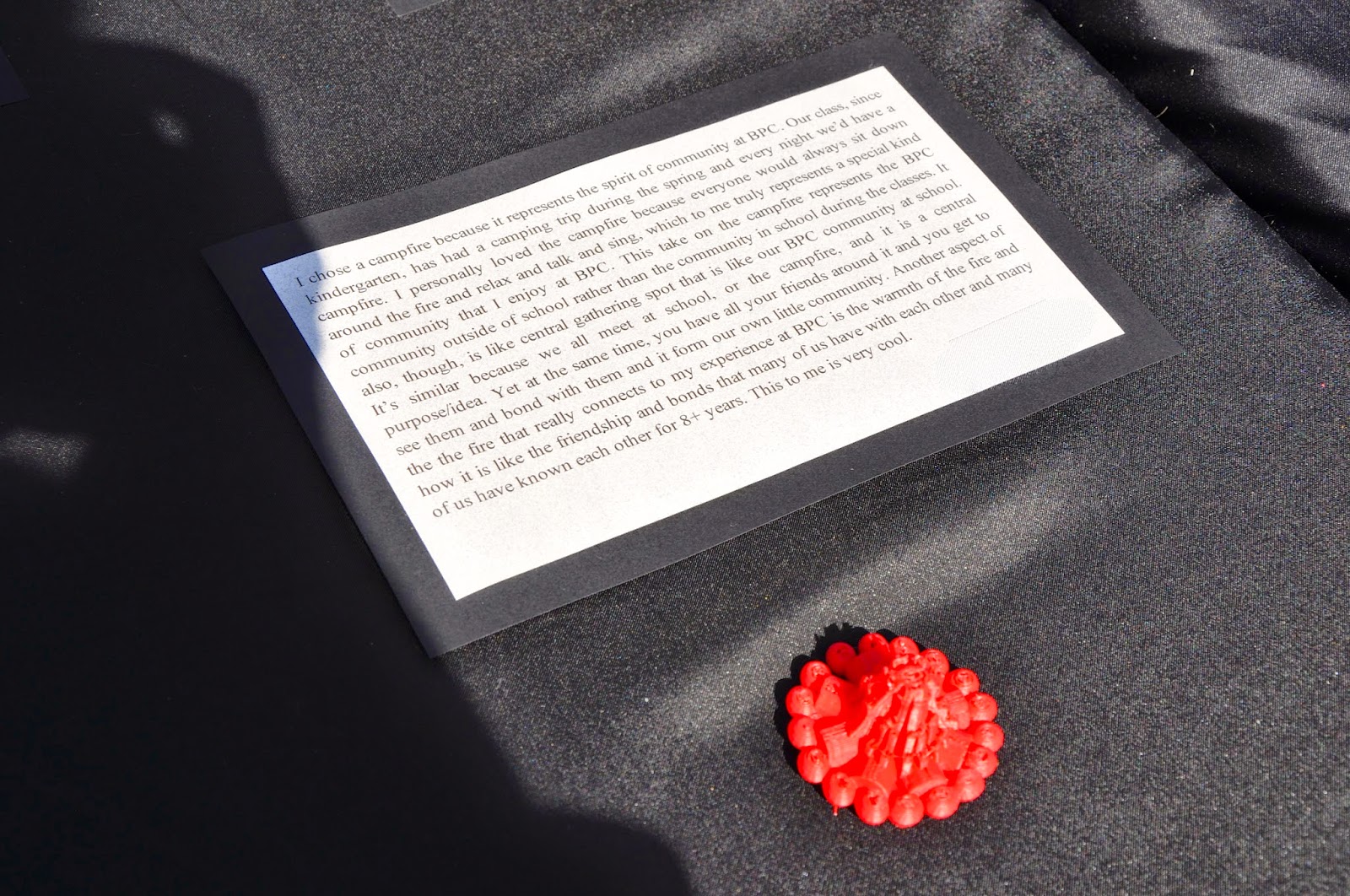 The day of the ceremony, we set up the models / writing samples near the entrance to the school yard. 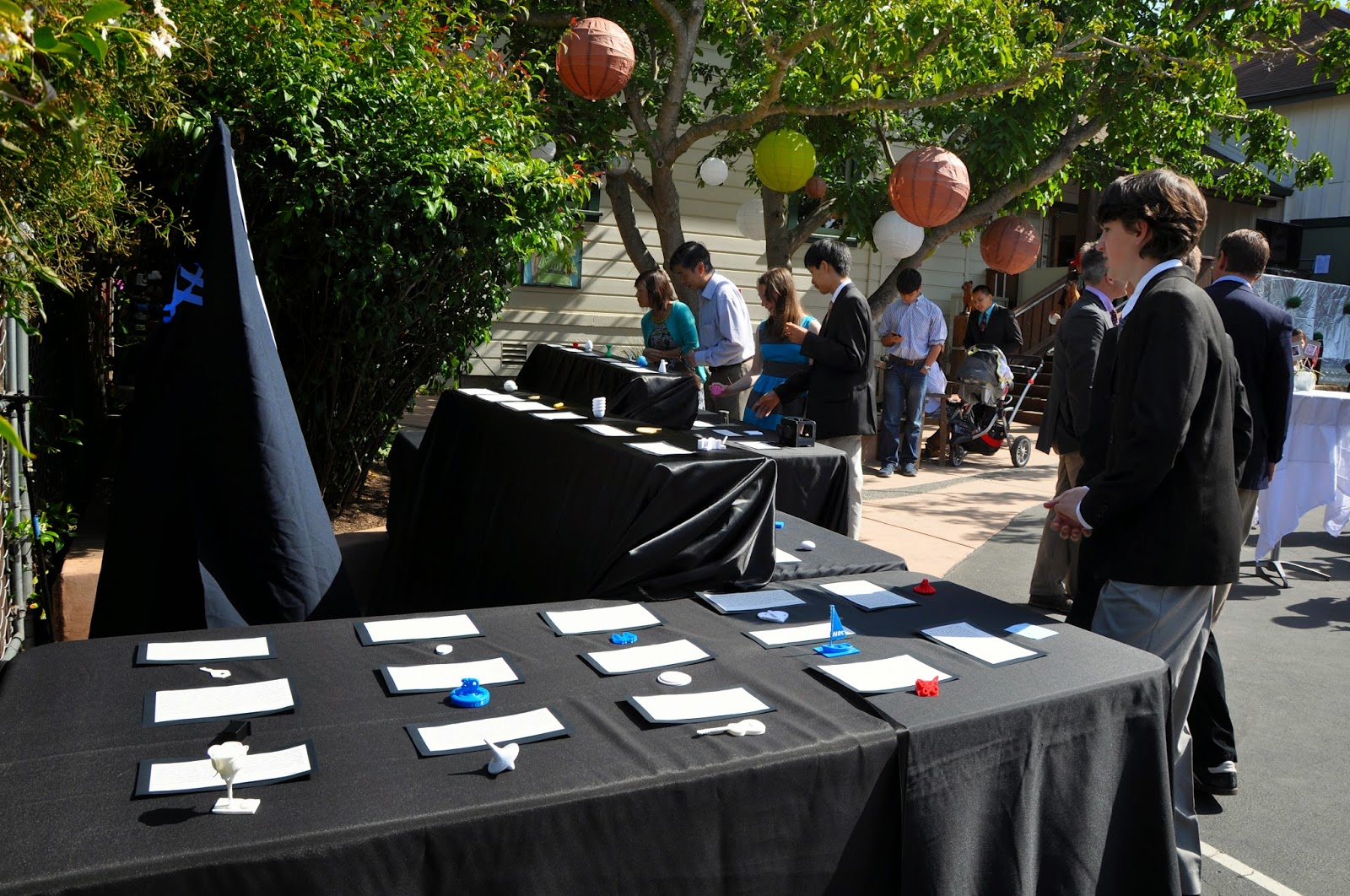 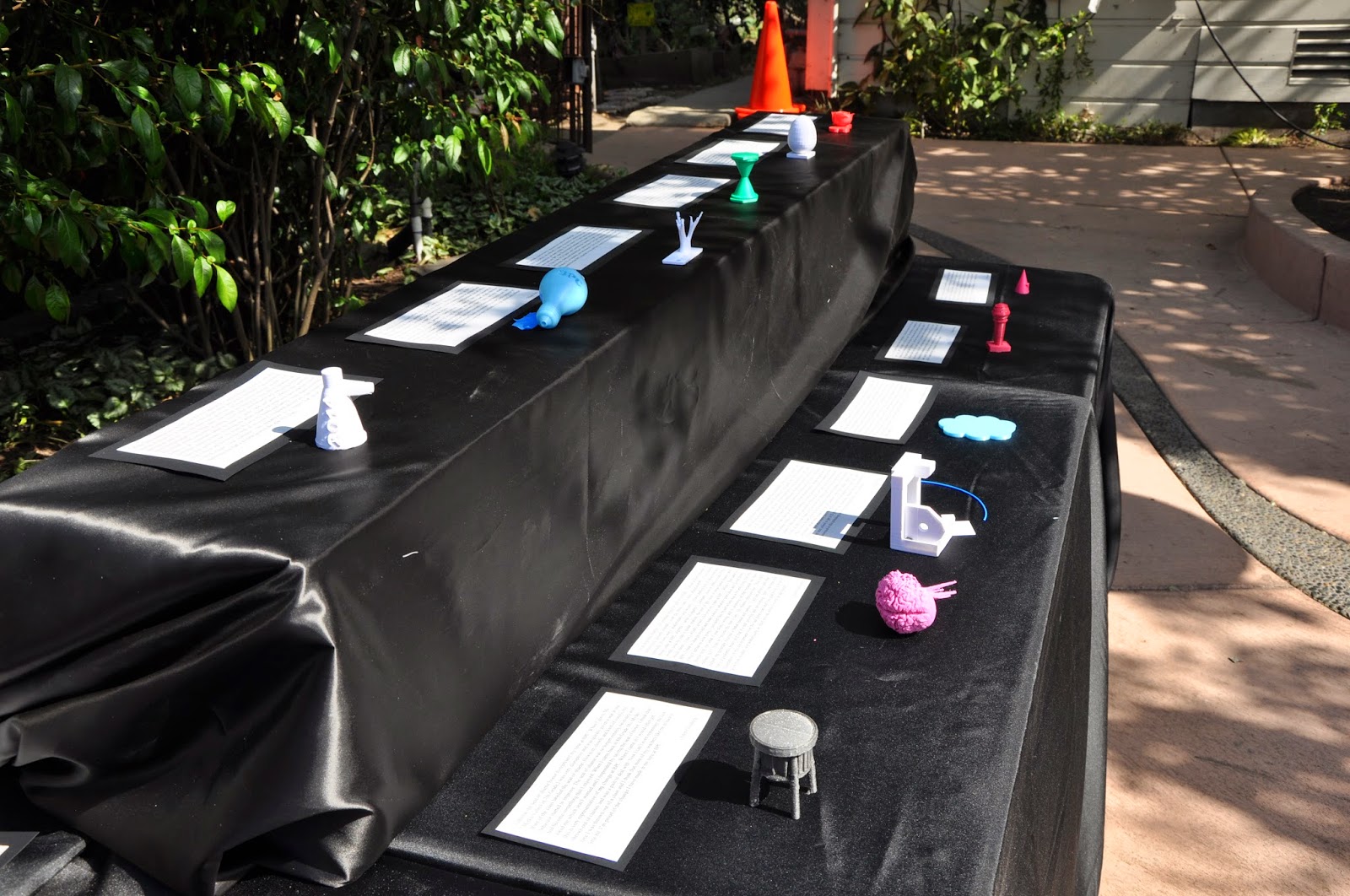 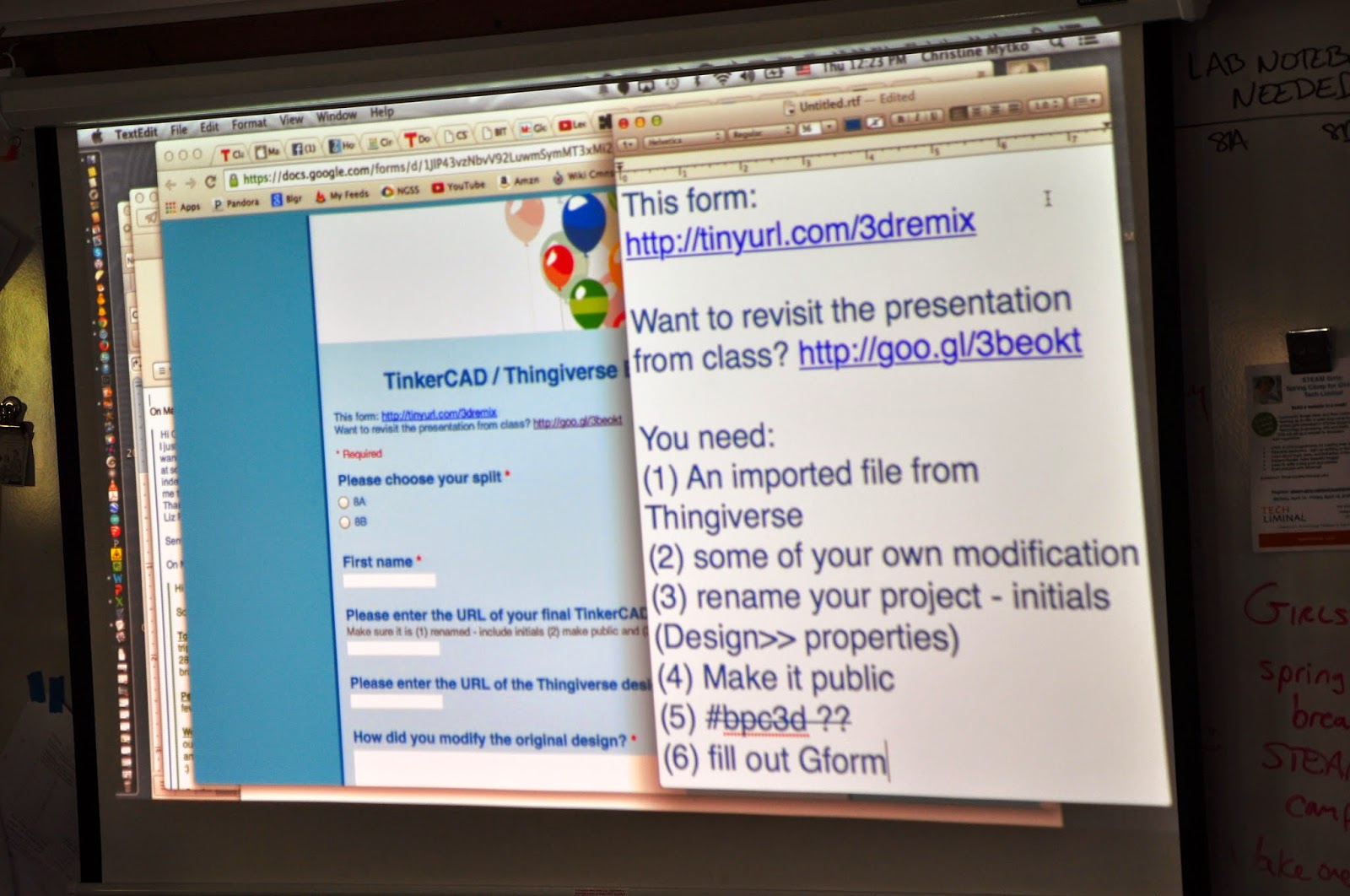 Email ThisBlogThis!Share to TwitterShare to FacebookShare to Pinterest
Labels: 3D Printing in Education, Our BPC Story, Stuff We Print